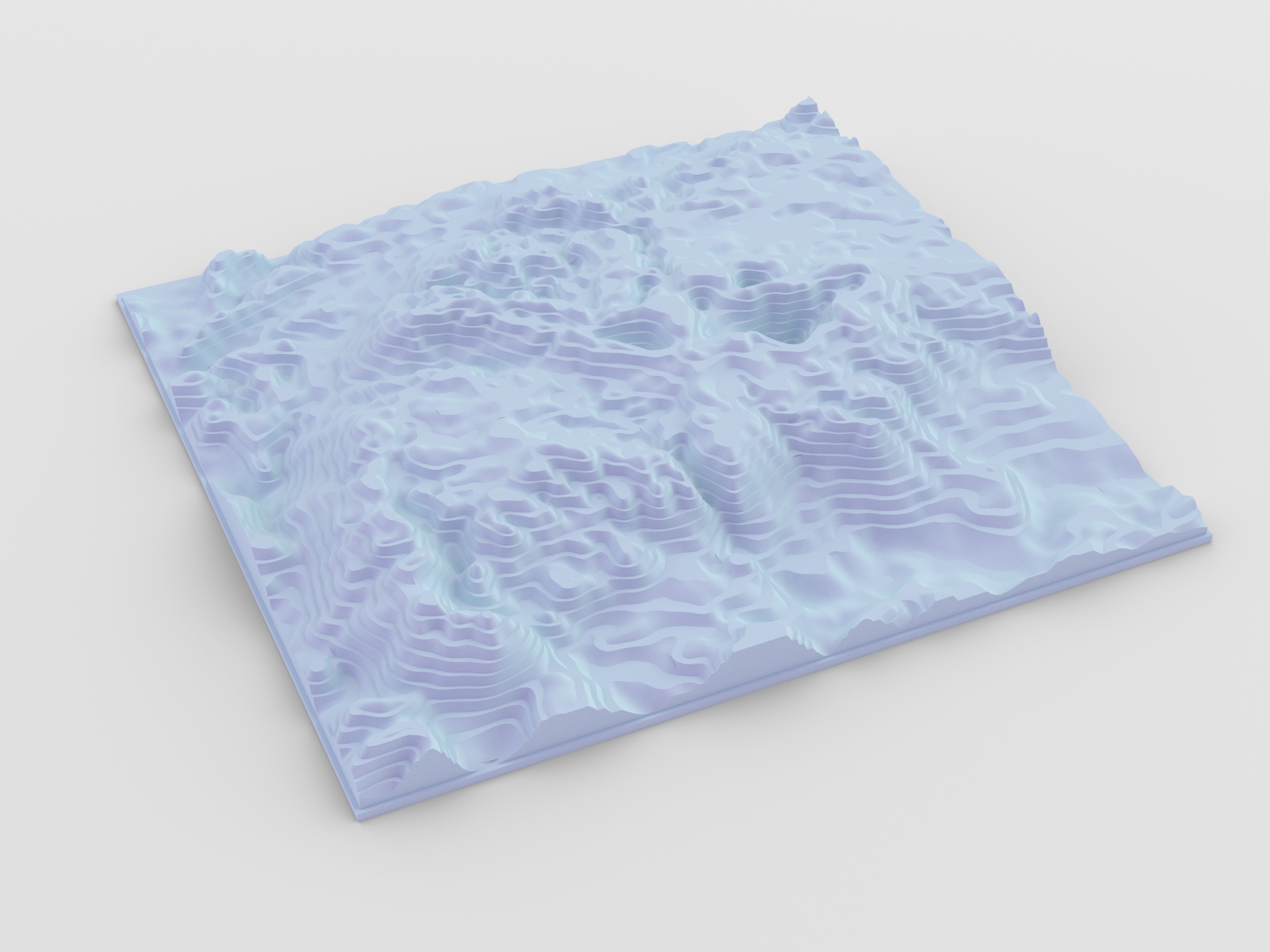 My vision of organic tiles and patterns.

While experimenting with Grasshopper and Rhino it took some time for me, to get used to the programs. In the beginning I used attractor point or curves, but after finding the image mapping tool, I knew, that's gonna be it.
Now, the task was to find the right images. Given the limited time, I wanted to stick to b/w pictures. I had to figure out what kind to use, what works and what doesn't. Most pictures I used in the beginning were b/w pictures of shapes, such as waves, swirls, or vibrations. But I wasn't, satisfied with the lag of gradation in those pictures. Thinking of gradation, I figured that topographical maps of mountains would work perfect with the right b/w filter. After some time spend in Photoshop, I got my three pictures, with the right gradation and it worked out great.
The slicing happened for the specific reason of making the haptic experience more interesting, as you are able to count the many steps up to a mountain top and get a feeling of how high it actually is.

The Tiles were created to give a haptic idea of the sensation of climbing a mountain and exploring it. 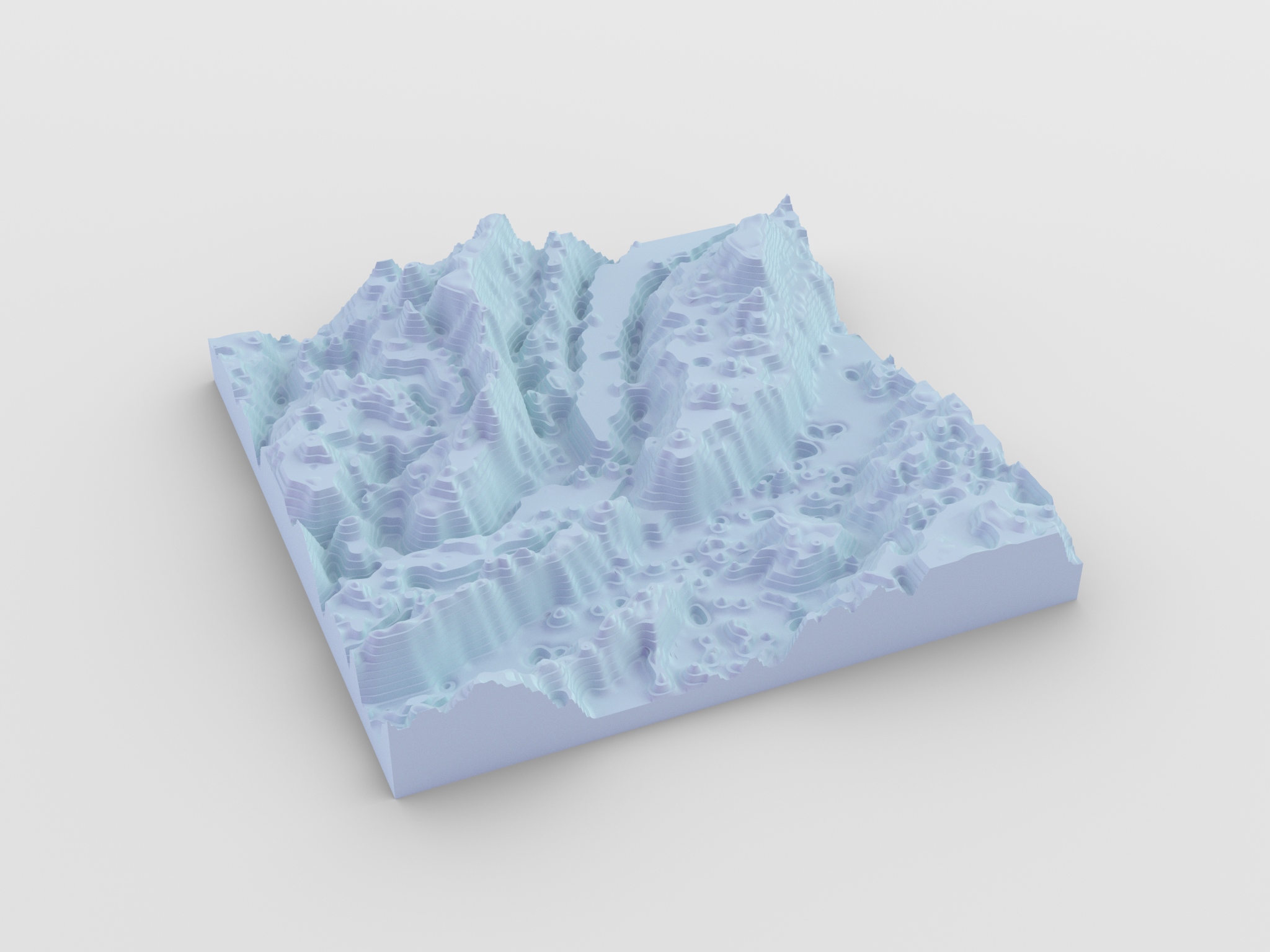 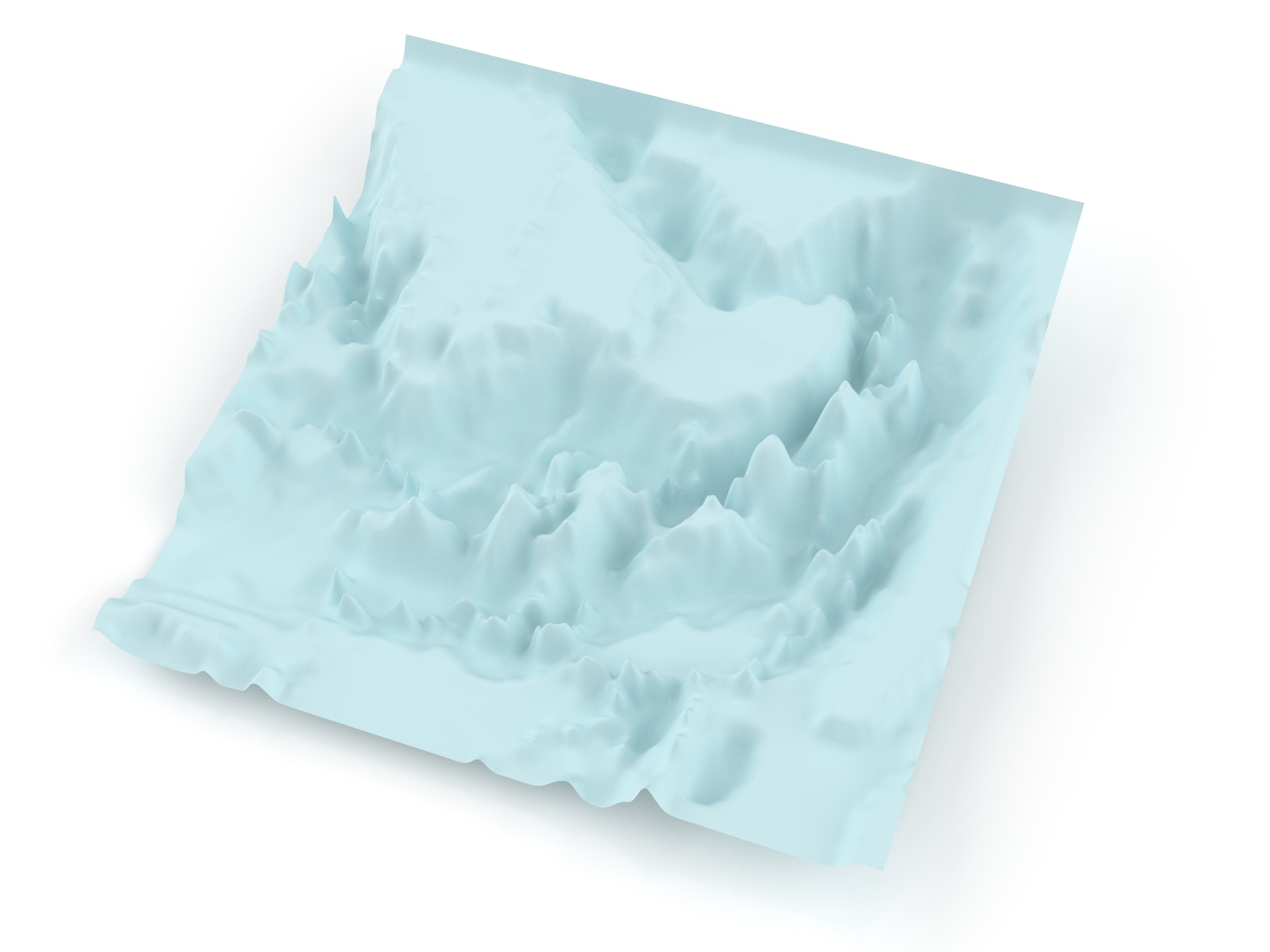 A tile inspired by a topographic map of glaciers in the Alps. 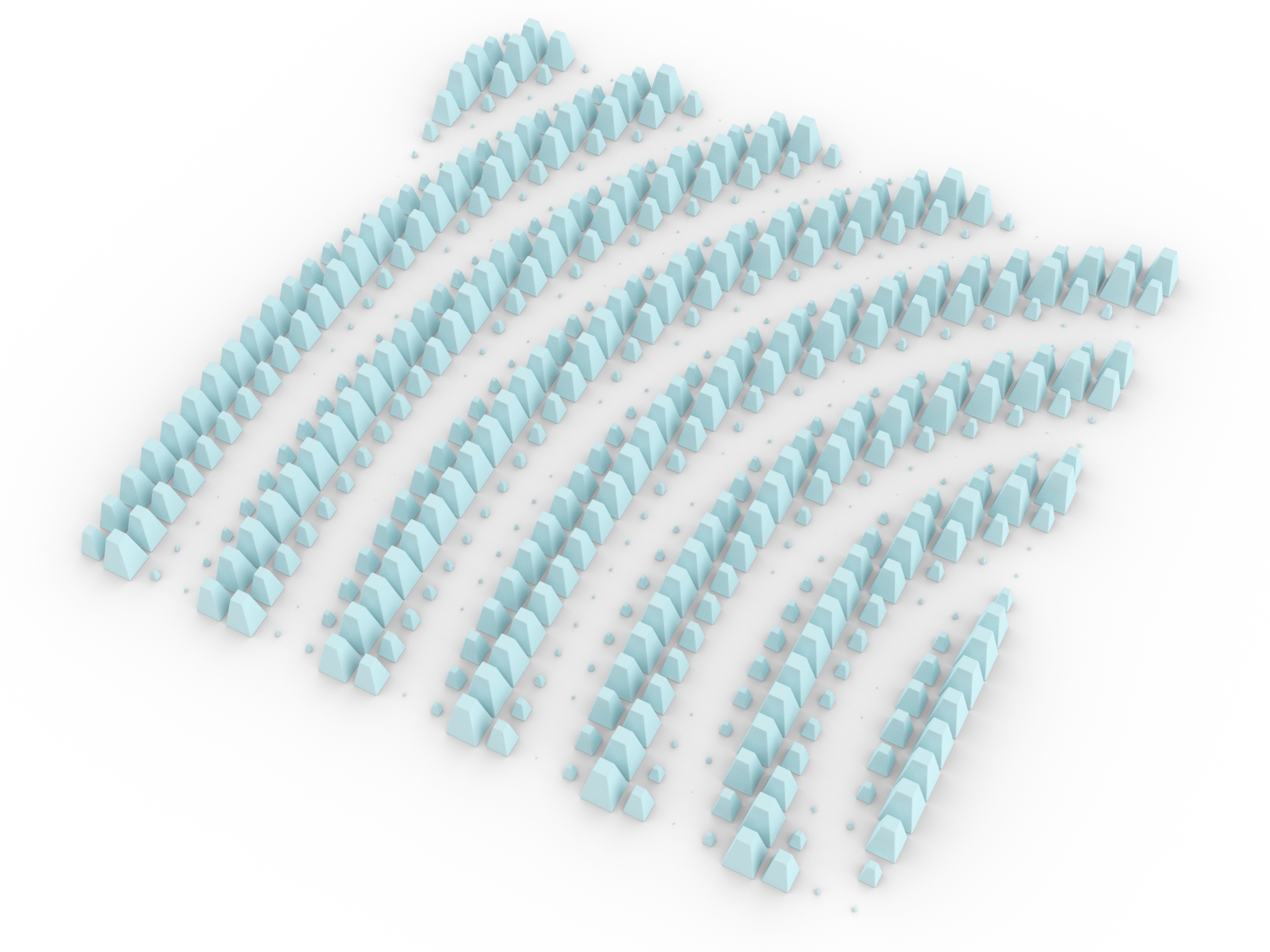 A topographic map of a Sine curve, visualized by tapering blocks. 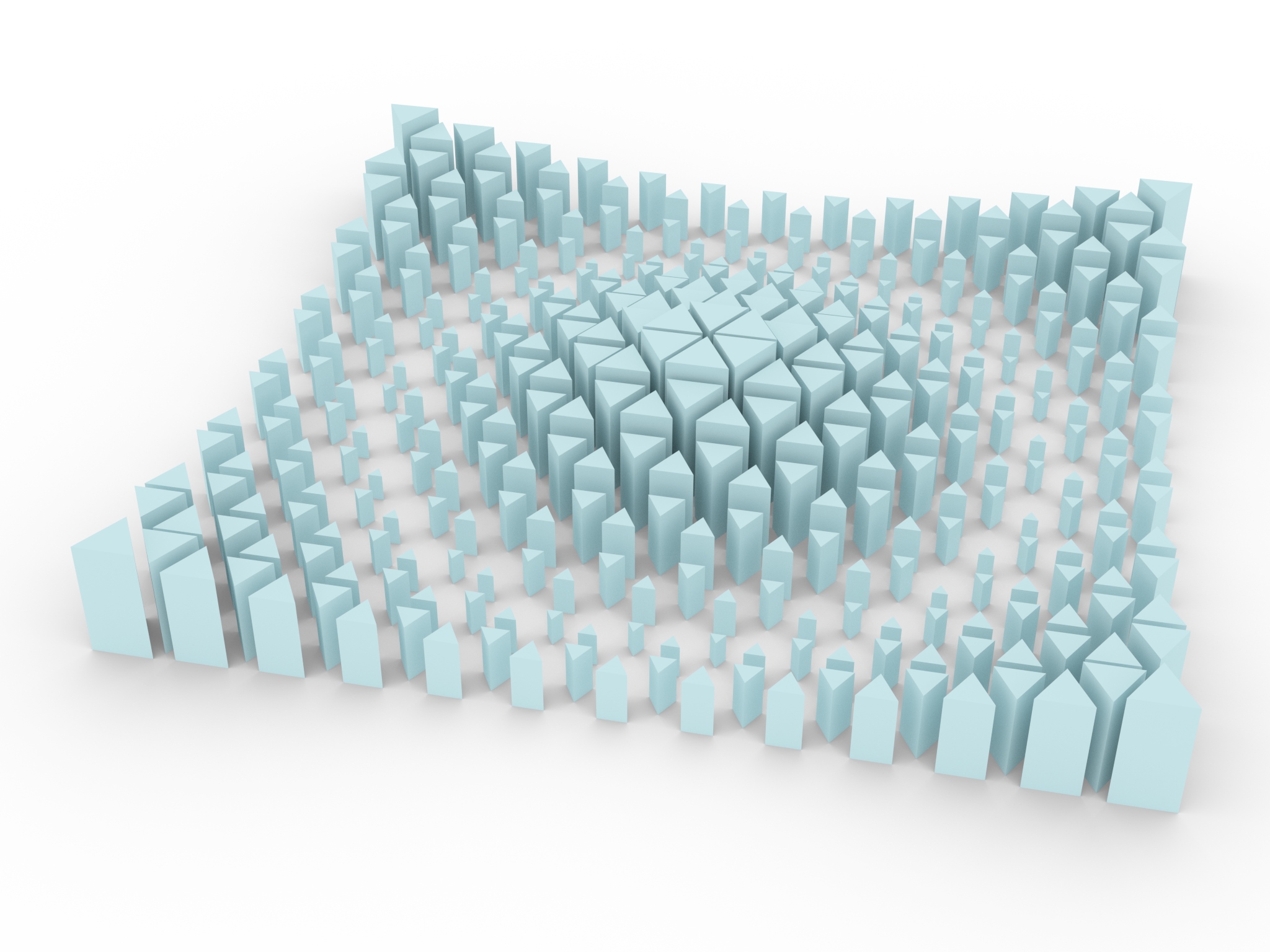 Triangular extrusion attracted by a circle. 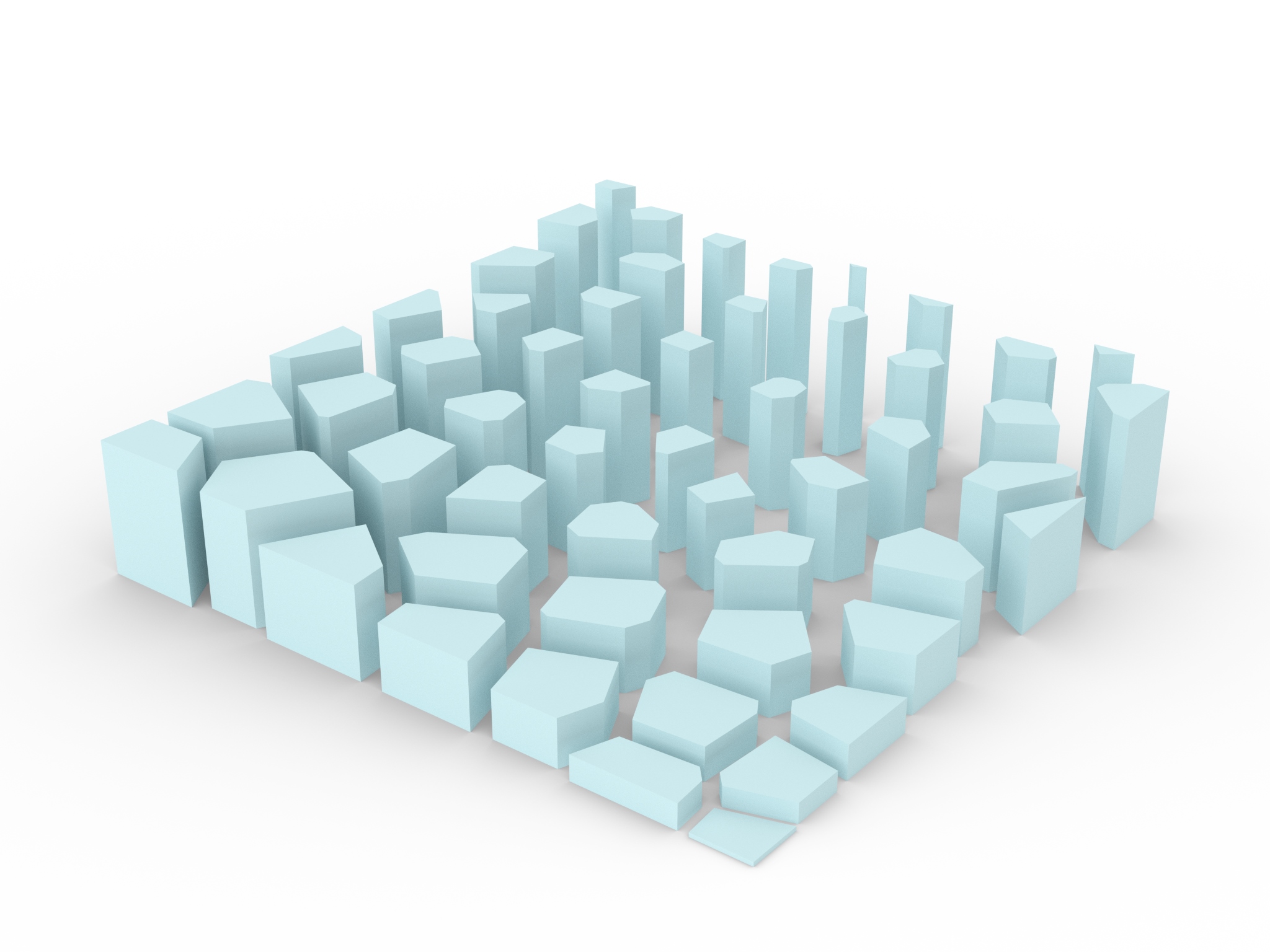 A tile inspired by a dried up river bed.