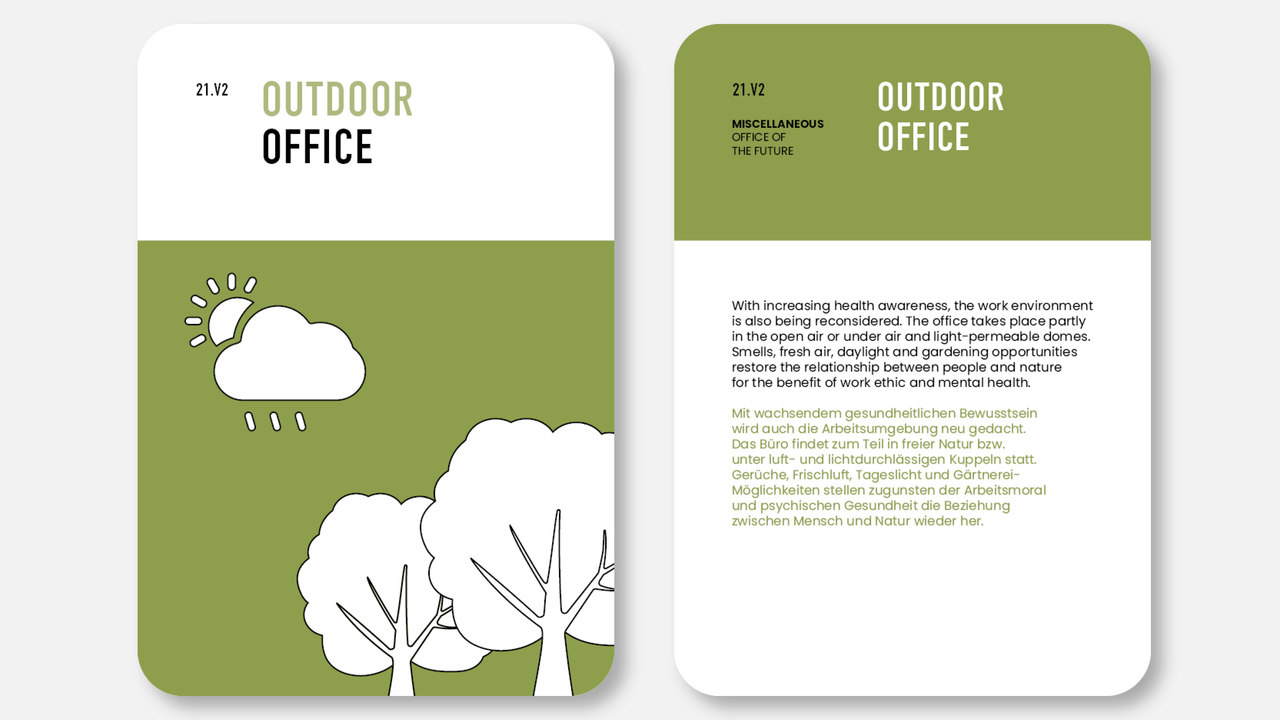 „With increasing health awareness, the work environment is also being reconsidered. The office takes place partly in the open air or under air and light-permeable domes. Smells, fresh air, daylight and gardening opportunities restore the relationship between people and nature for the benefit of work ethic and mental health.“

The problems which detain us from considering the outdoors as a potential working space reach from unforseeable weather conditions to the absence of electricity and unstable cellular connection as well as concerns about safety and privacy.

Mobile offices are being spread across parks and public spaces which would provide the nessecary infrastructural components such as public restrooms and restaurants or other lunch options (e.g. foodtruck) within a reasonable proximity. For example in the Naturpark Schöneberger Südgelände: 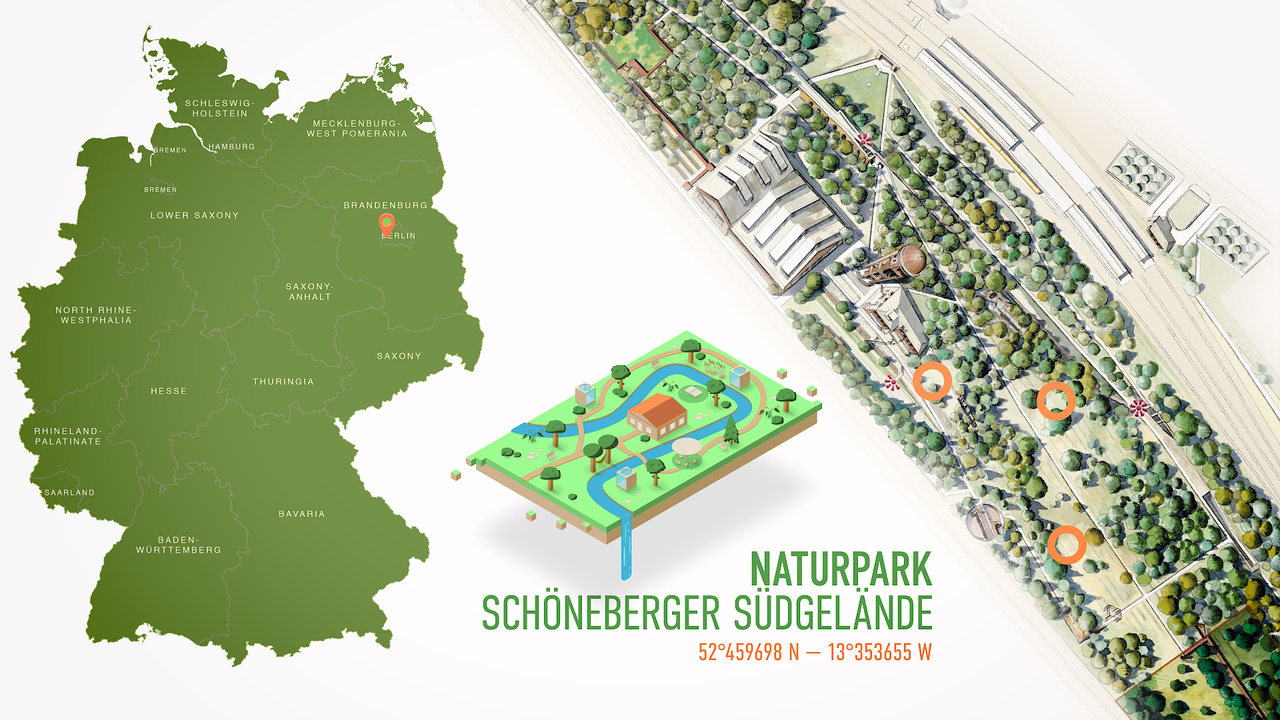 The individual offices of a few square meters come with translucent solar roofs panoramic windows and rest on stilts to preserve the natural ground beneath. Inside they are equipped with… 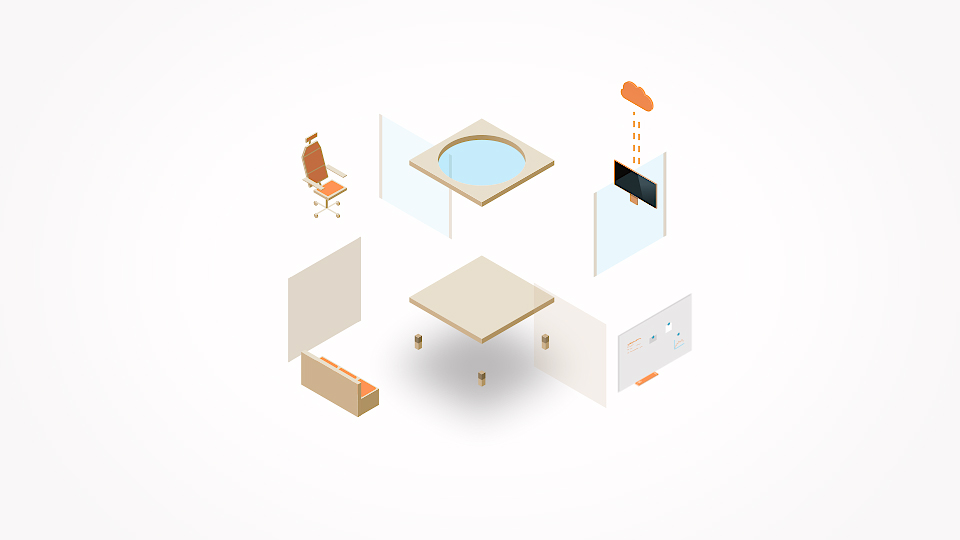 All comes together in the Plænty Space app that gives you an overview of all offices near you or even worldwide and the option to rent one. Also you can customize your workstation within the app and control your desktop. 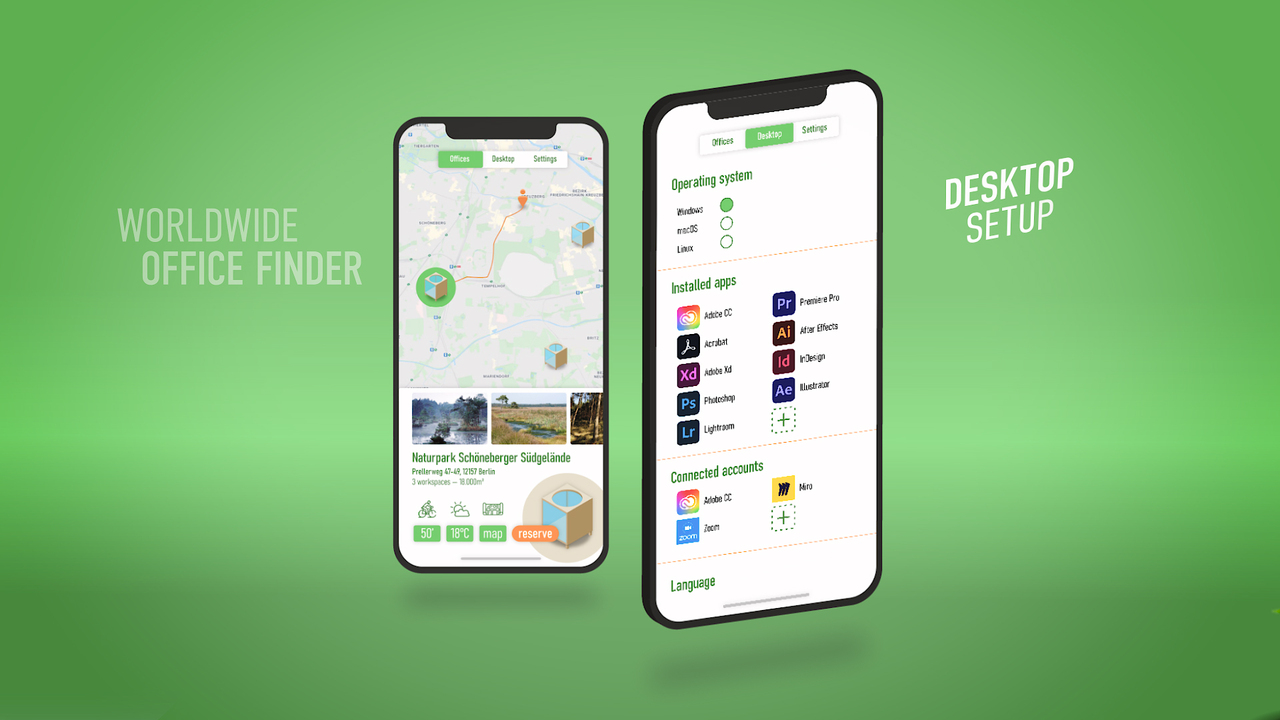 Plænty offices will become feasable and viable as a luxury office alternative with the following technologies:

The value of an outdoor office can already be seen by the rise of pods. With less and less permanent employments and rising home office or coworking space usage the outdoor alternative will be a valuable and profitable market segment.

This project with it's speculative approach but also its claim to reality came accompanied by a lot of back and forth thinking, doubts and struggles but also a huge fascination for the topic and possible inventions. It's been a tough process for me especially due to the fact that I chose to work on a threedimensional and architectual result without any background in that field. Besides a mass of sketches, research, thinking and sleepless nights I elaborated on the following two iterations as intermediate states.

The first draft was considering a modular system of office pods which would therefore appear in hexagonal shape. They would have been able to be moved by little mover-bots to come together or change location on individual demand. Also, this stage of conception thought about placing these offices into breathtaking locations and rural landscapes. This idea was eliminated due to the valid argument that this would disfigure those scenig landscapes in an act of urban sprawling. The idea of moving the offices was merely an effortful gimmick and not of central importance to the concept.

The next shape i invested a lot of time ought to be more of an organic one. I started sketches with the user himself in sitting and standing states to find out what actual space was needed to fit a person and the necessary equipment into without taking up too much public space. The pear shape was made of two halfs of which one would be able to rotate and allow to user to open the office up. Unfortunately nobody liked it. 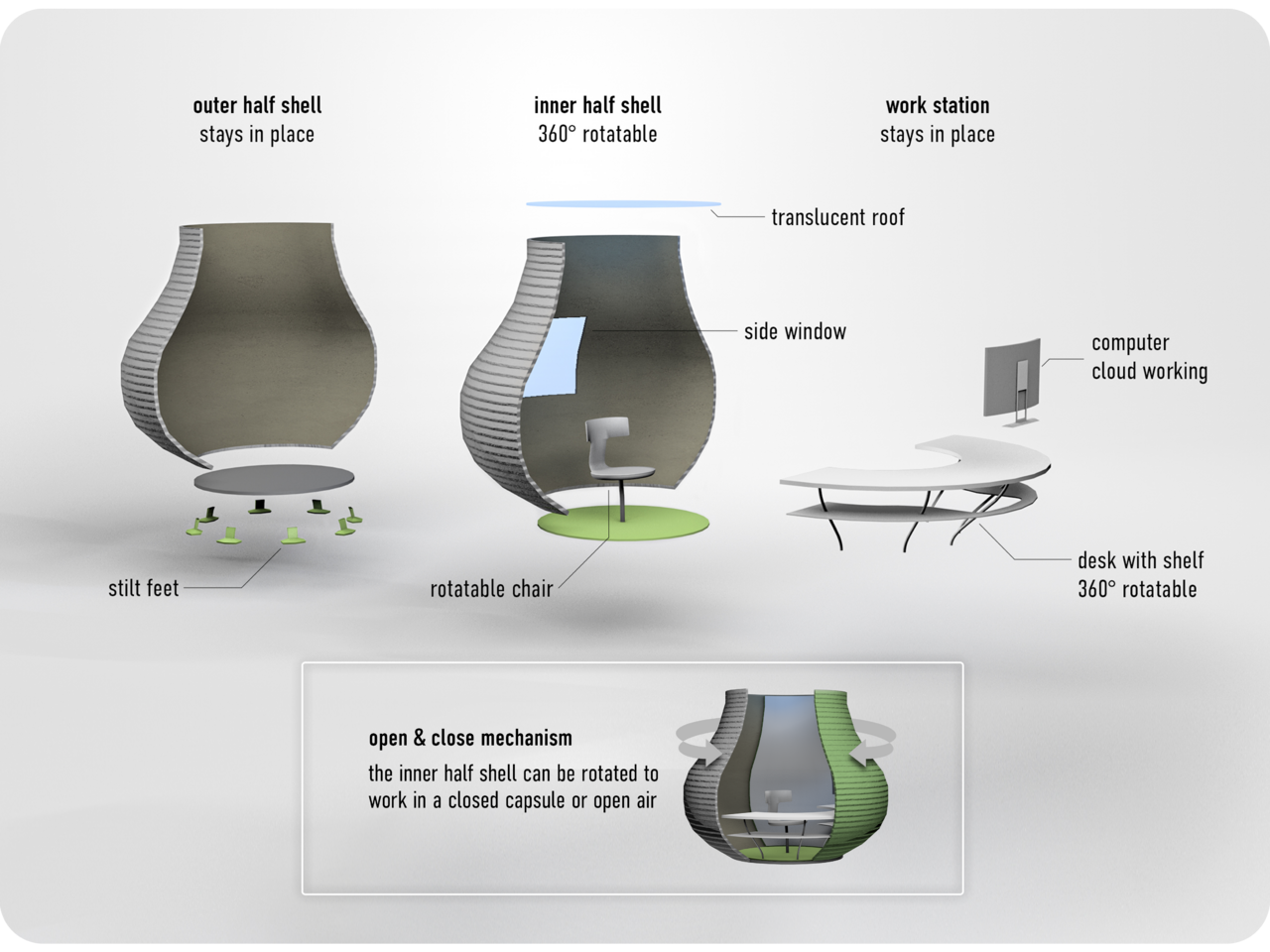 After figuring out that I am in fact not an architect but a designer without the expertise in construction of feasable threedimensional bodies I retired from the idea of makeing a precise draft - this will be done in individual collaborations with artists and architects. Eventually, the concept was visualized with a simple shape but a clear definition of its values and interior aspects (as described above). 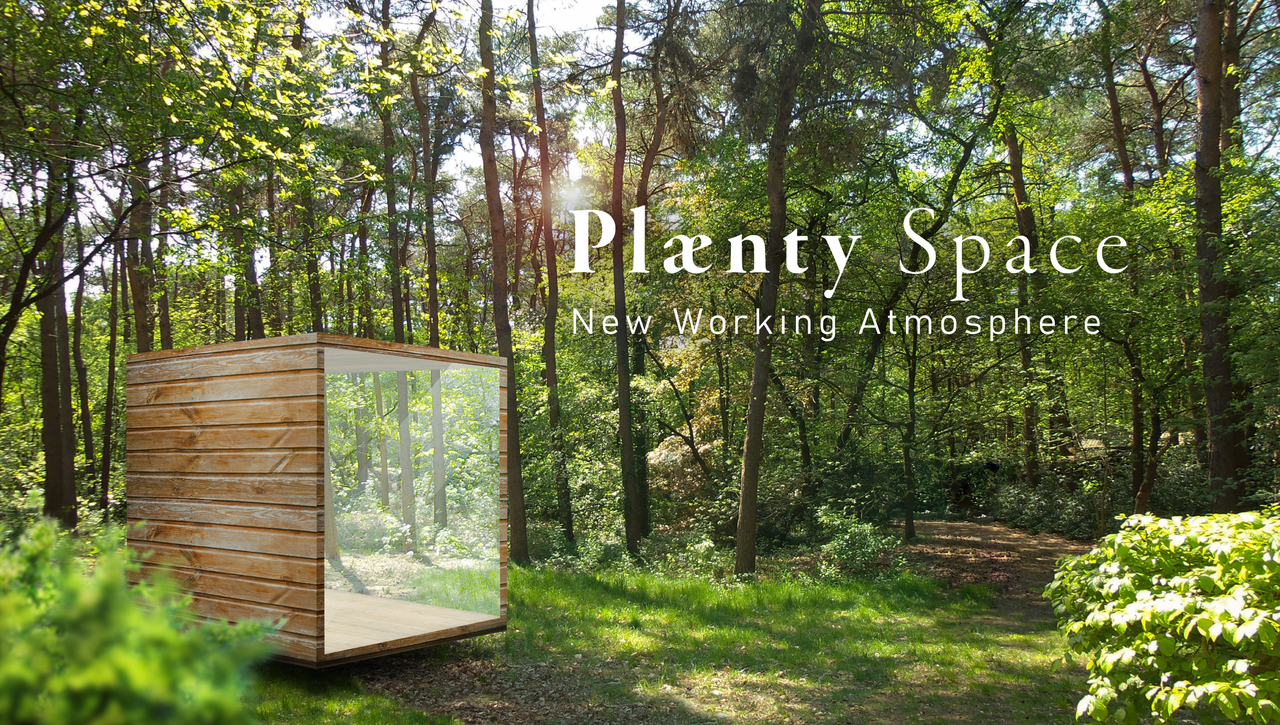 The Office of the Future / Project Documentation