The events in King John take place in the thirteenth century, well before Shakespeare’s other English history plays. After the death of John’s brother, Richard I, John rules England. John’s young nephew, Arthur, has a claim to the throne and is supported by the French. At first, a proposed marriage between the French crown prince and John’s niece, Blanche, calms Anglo-French tensions. Then the pope, in a dispute over recognizing an archbishop, excommunicates John and backs Arthur’s claim. After war erupts, John captures Arthur and orders his death. Arthur’s guardian, Hubert, prepares to burn out Arthur’s eyes, but then spares him. Arthur dies leaping from the prison wall. Arthur’s mother Constance grieves inconsolably. Meanwhile, French forces reach England. John submits to the pope to gain his aid. Rebellious English nobles join the French, but return to John when they learn the French prince plans to kill them. English forces under the bastard son of Richard I expel the French, but a monk poisons King John, whose son becomes Henry III.

To visualize the key-essence of the play, it was firstly important to understand and dissect the play. This way, it becomes apparent that some features and themes are more important than others:

THE REIGN OF MOTHERS; the manipulation through a STRONG FEMALE

THE ILLEGITIMATE KING; the taken Kinghood through a ROUGE/THIEF KING

PAPACY; the dependency and support of RELIGIOUS TIES

This way I was able to classify and put them in order of importance, allowing me to focus on one of them specifically: The illegitimate King is characterized by the extended, open hand, trying to get a grasp on the most mighty symbol of all: the crown. Surrounded by darkroom, it becomes clear, that the crown bearer is under severe pressure and guilt, feeling caged by his own actions. 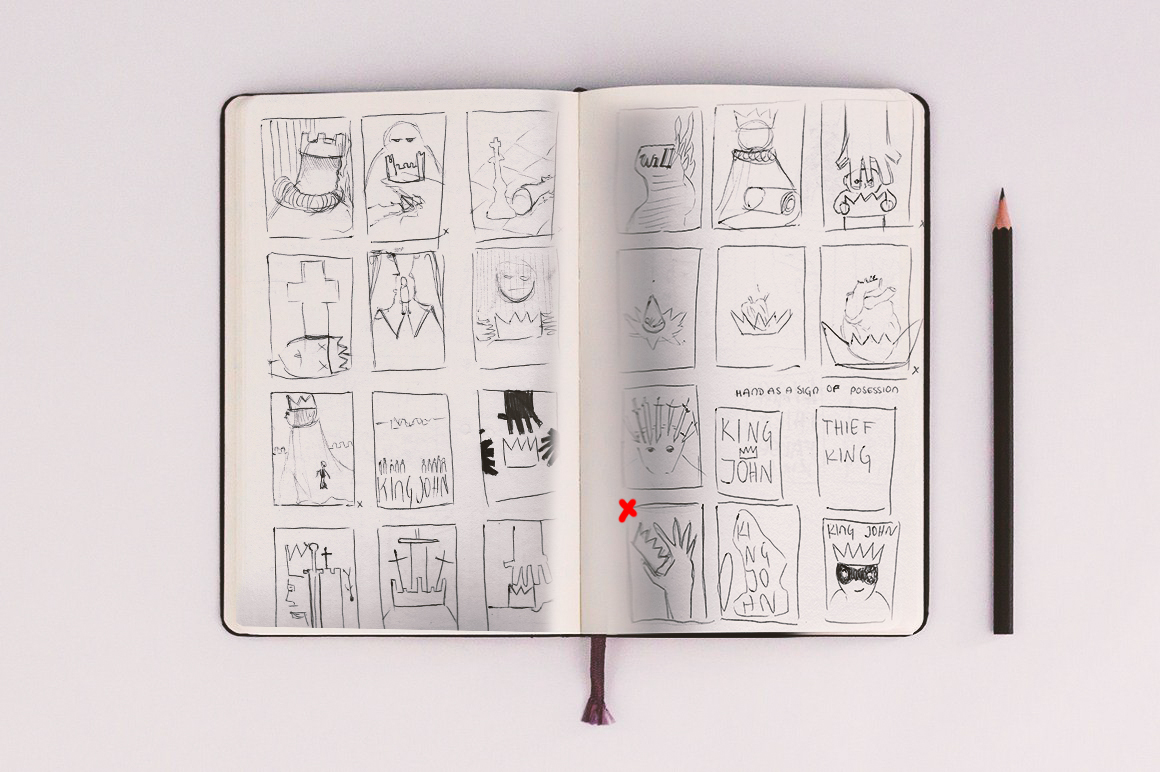 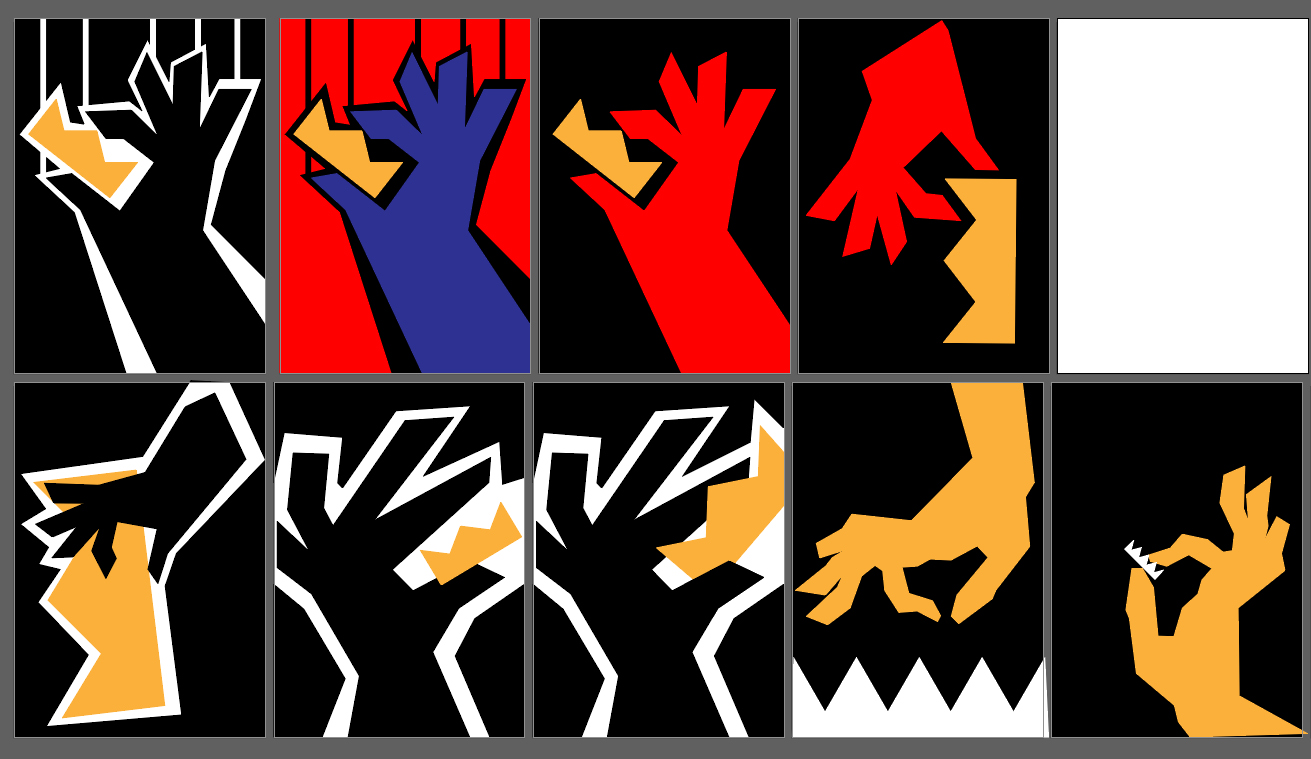 I experimented with many visual styles, but focused on replicating the old centuries known woodcut technique, that is steadily evolved into a more appealing visual. 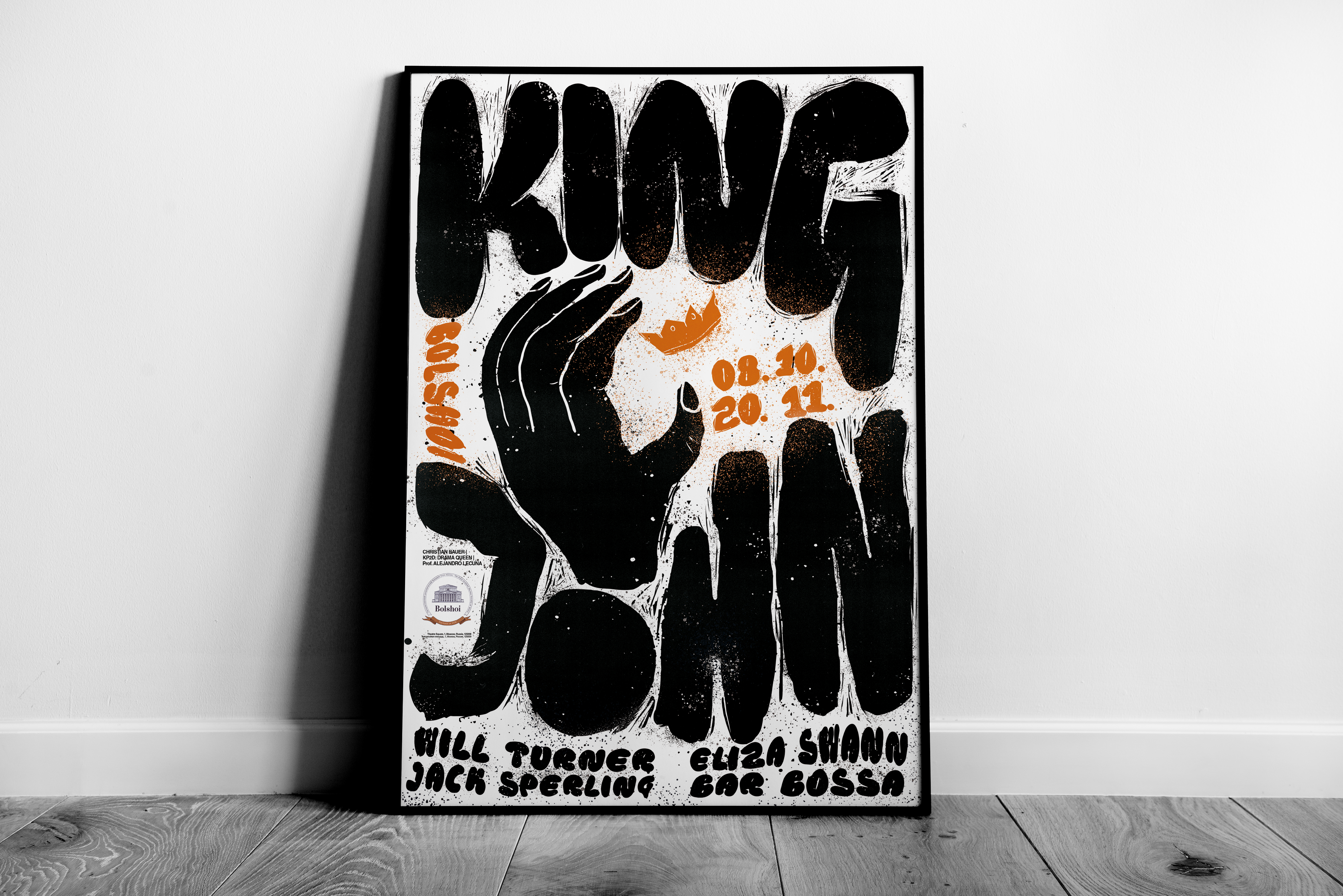 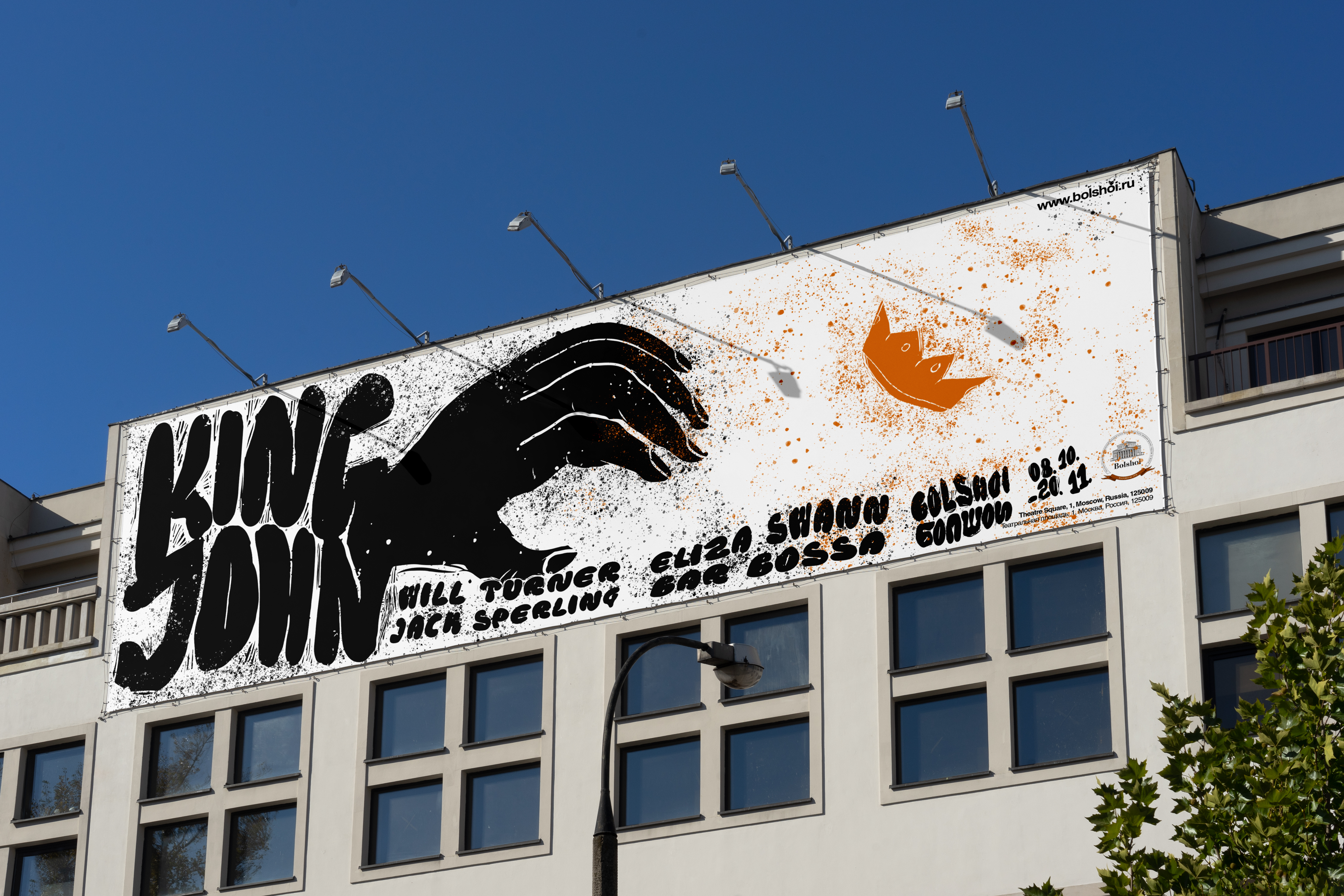 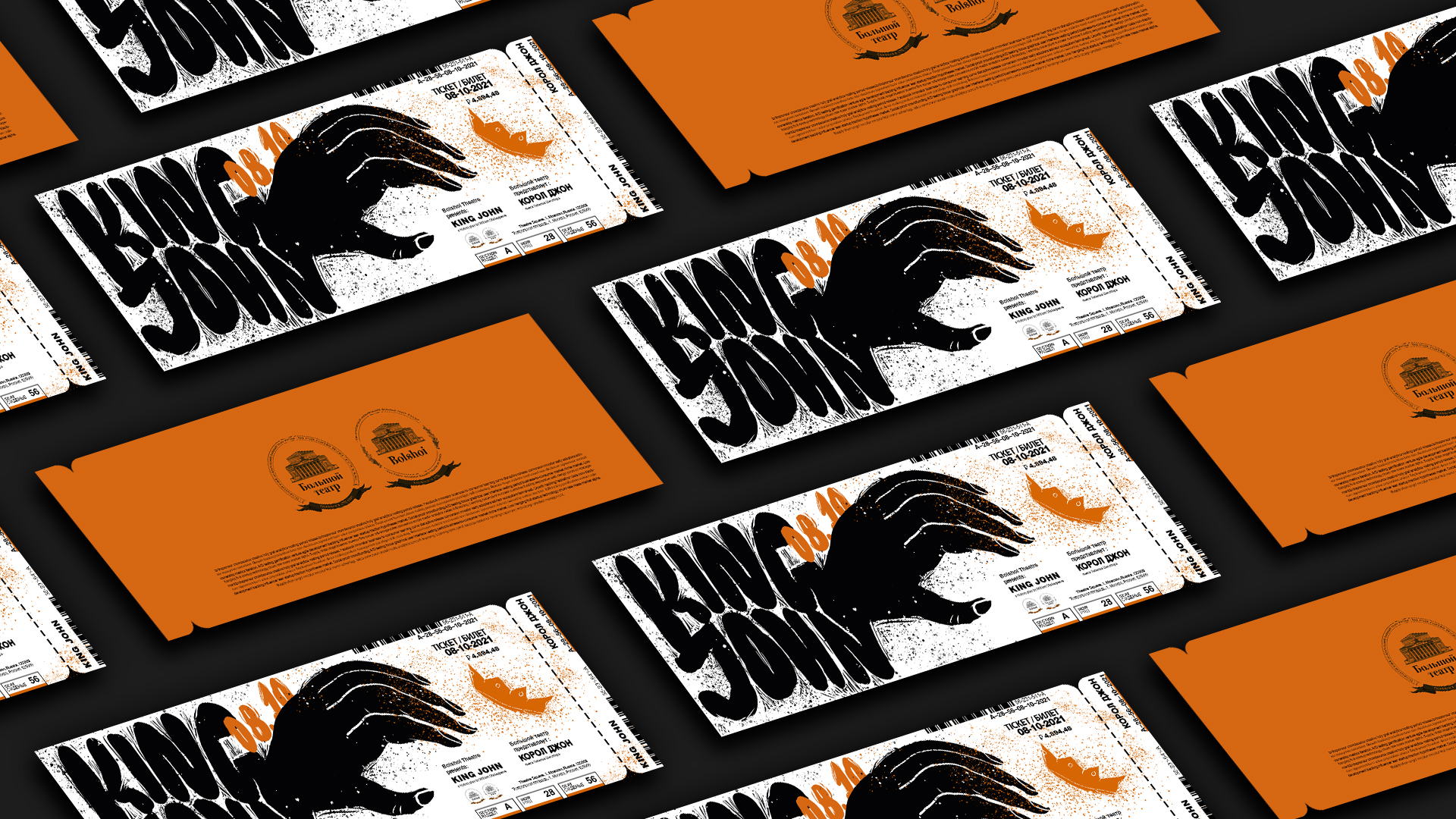 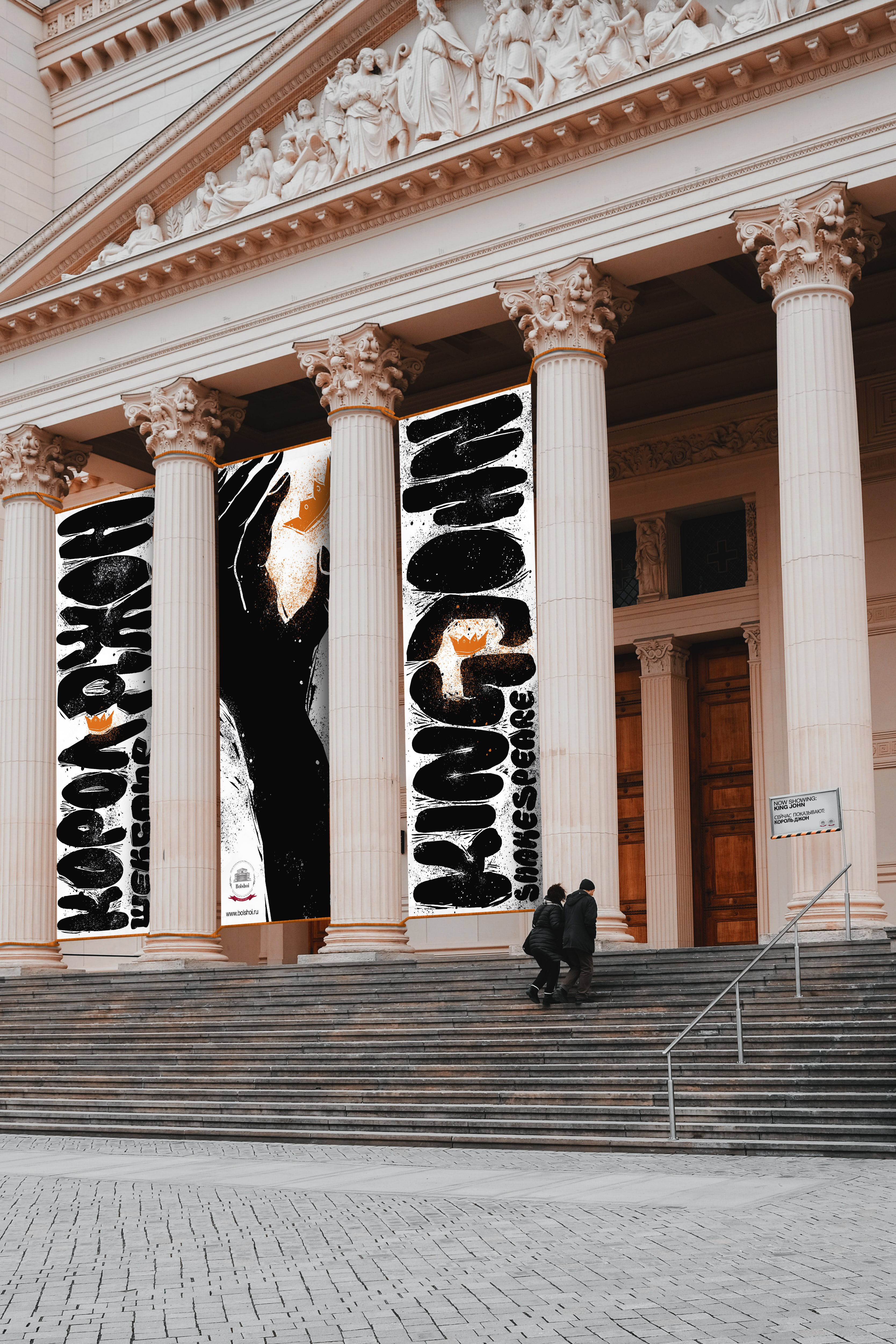 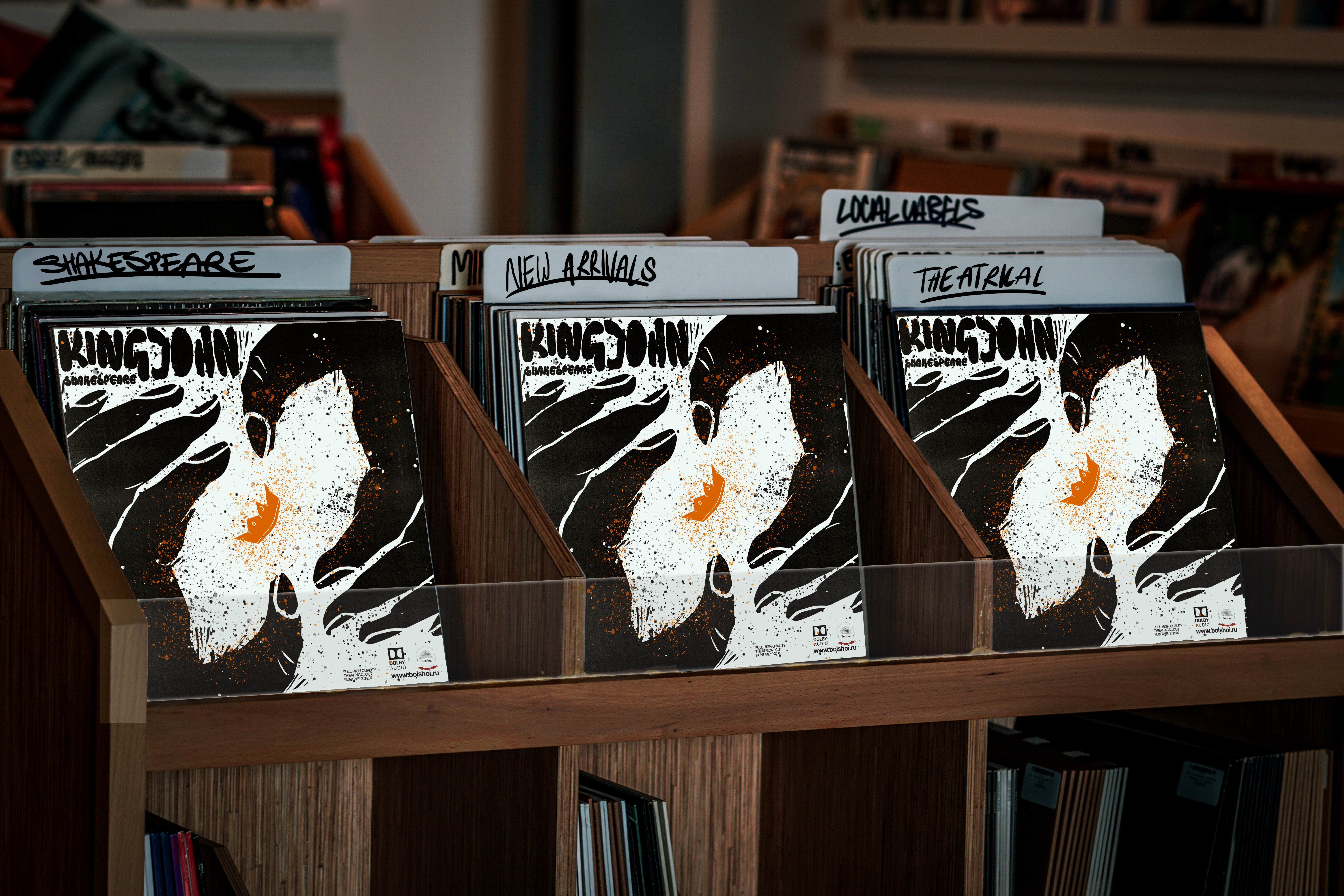 For the sake of practice, I created a webface out of fun titled KingJohn.otf, this way I was able to rely on a Font for most of the actor names. 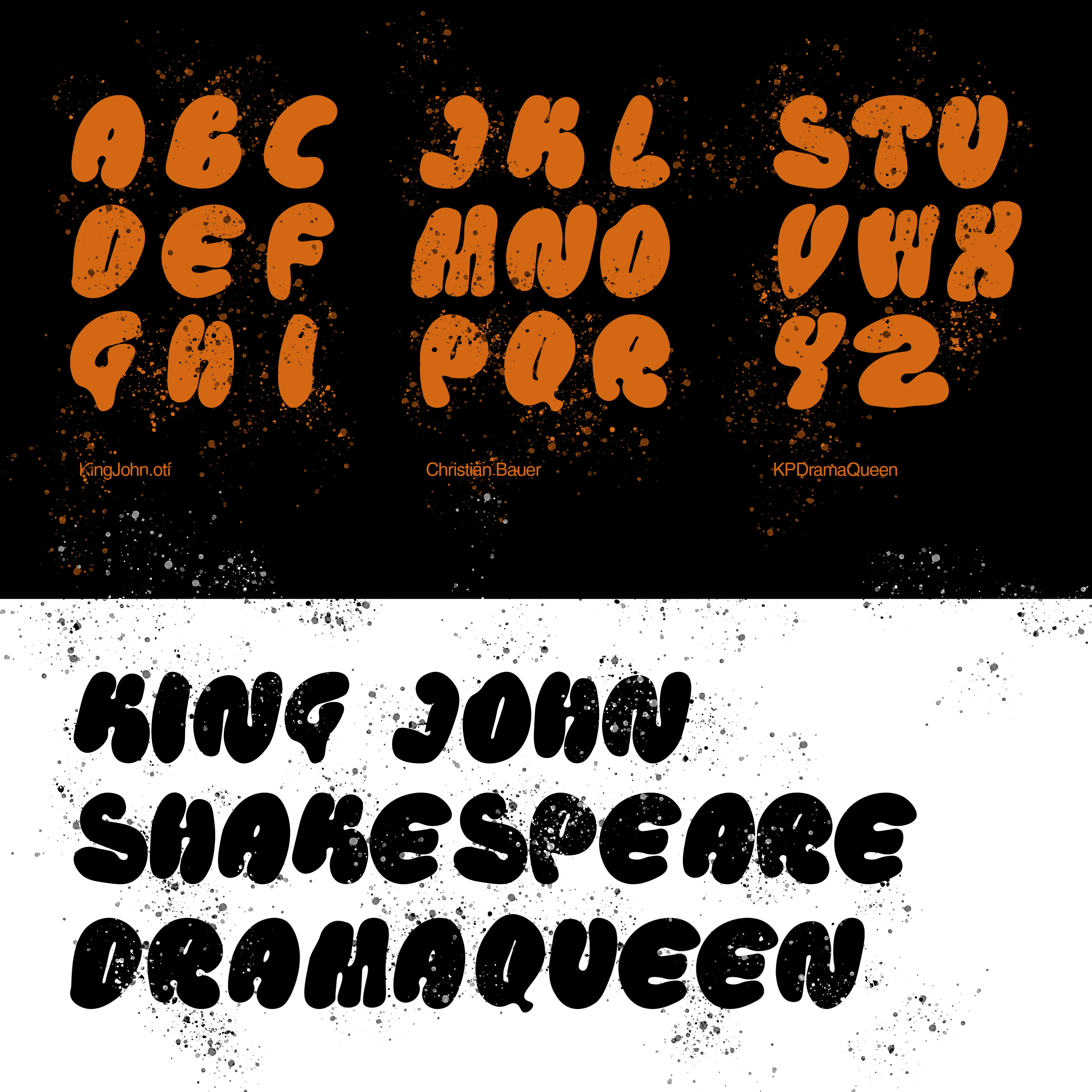