Within one week we created and prototyped whiggle – a relaxed rocking seat that is parametrically designed and produced trough laser cutting. The idea of this course was to invent a honeycomb cardboard furniture which can be easily installed through plugging principle.

Initially our team wanted to create a furniture collection consisting of a chair, bedside table and laundry basket - furniture pieces that we need sporadically at home. We played with different forms and shape languages to create a collection that really suits together. Due to the short time we decided to focus only on the chair which we then designed in Rhino. If enough time is left at the end of the course we will develop more furniture pieces to have a complement table or basket.

Spoiler alert: we didn't have enough time to work out the collection because we encountered numerous problems in the design process. 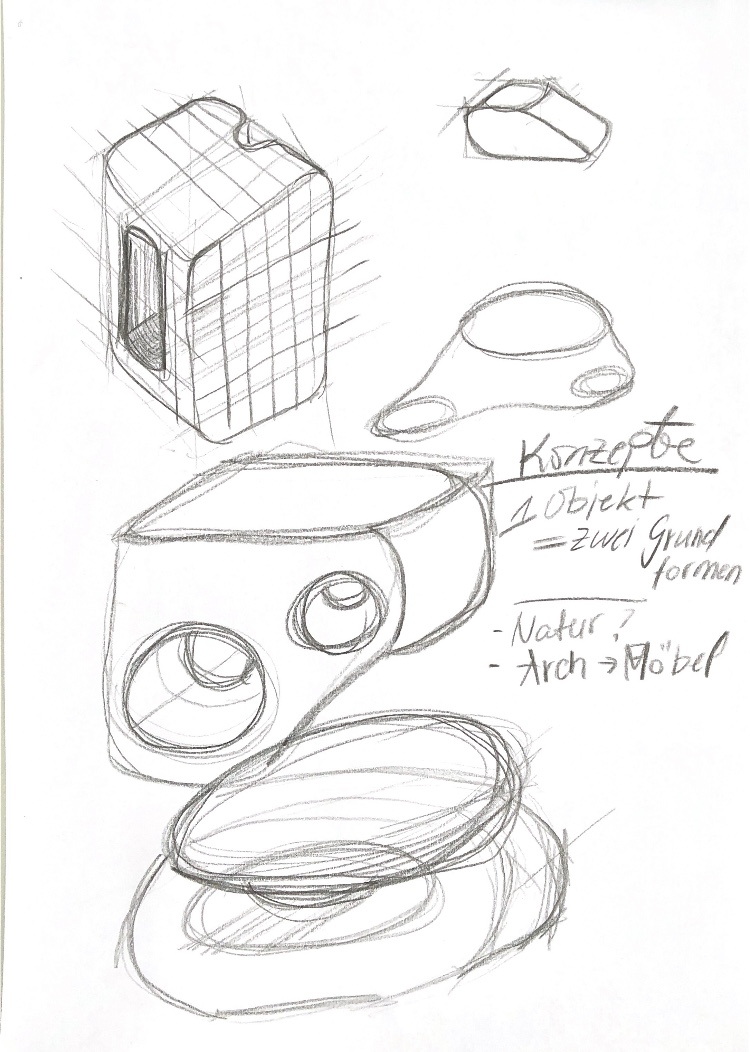 After initial sketches, we quickly had to define a design language. We decided on an organic shape that contrasts with the honeycomb structure. Our first chair model is characterized by flowing lines and a large seating area, bordered by overlapping armrests. 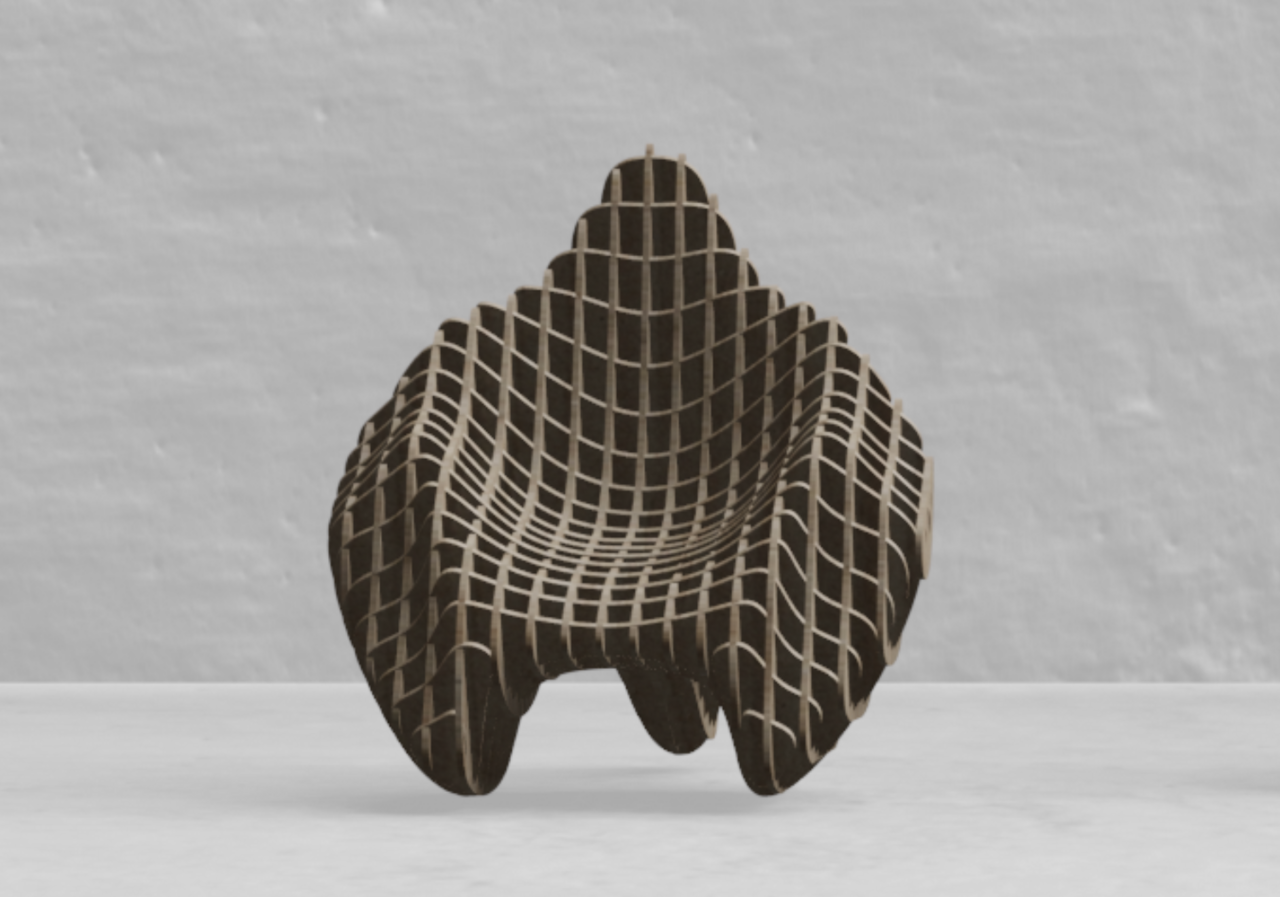 After the first round of feedback, we realized that the model would be too elaborate for the honeycomb structure. Therefore, we reduced it further so that it could be laser cut, which we did subsequently. 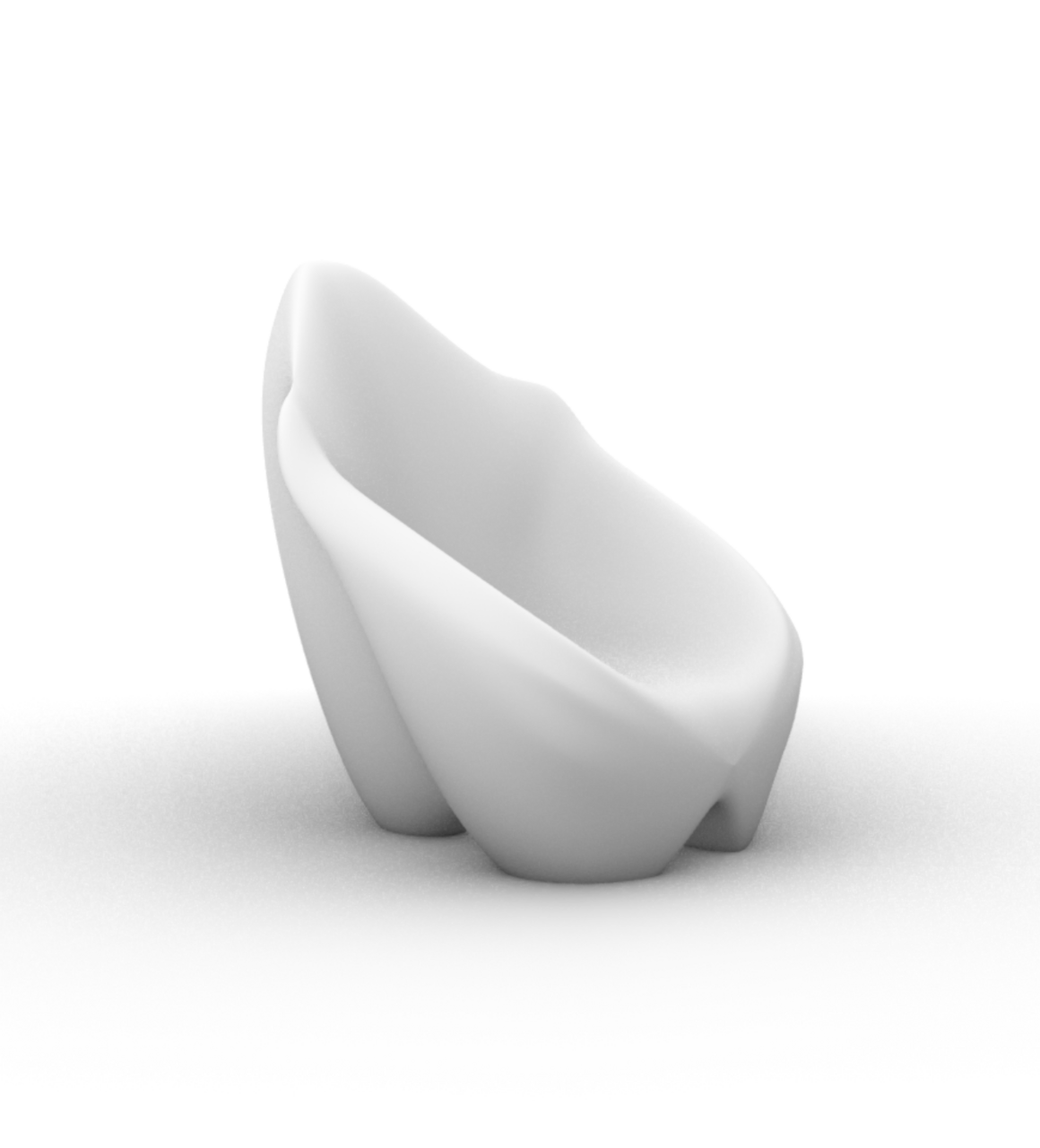 To test the design for functionality, after numerous modifications and script bug fixes in Grasshopper, we lasered the final model. 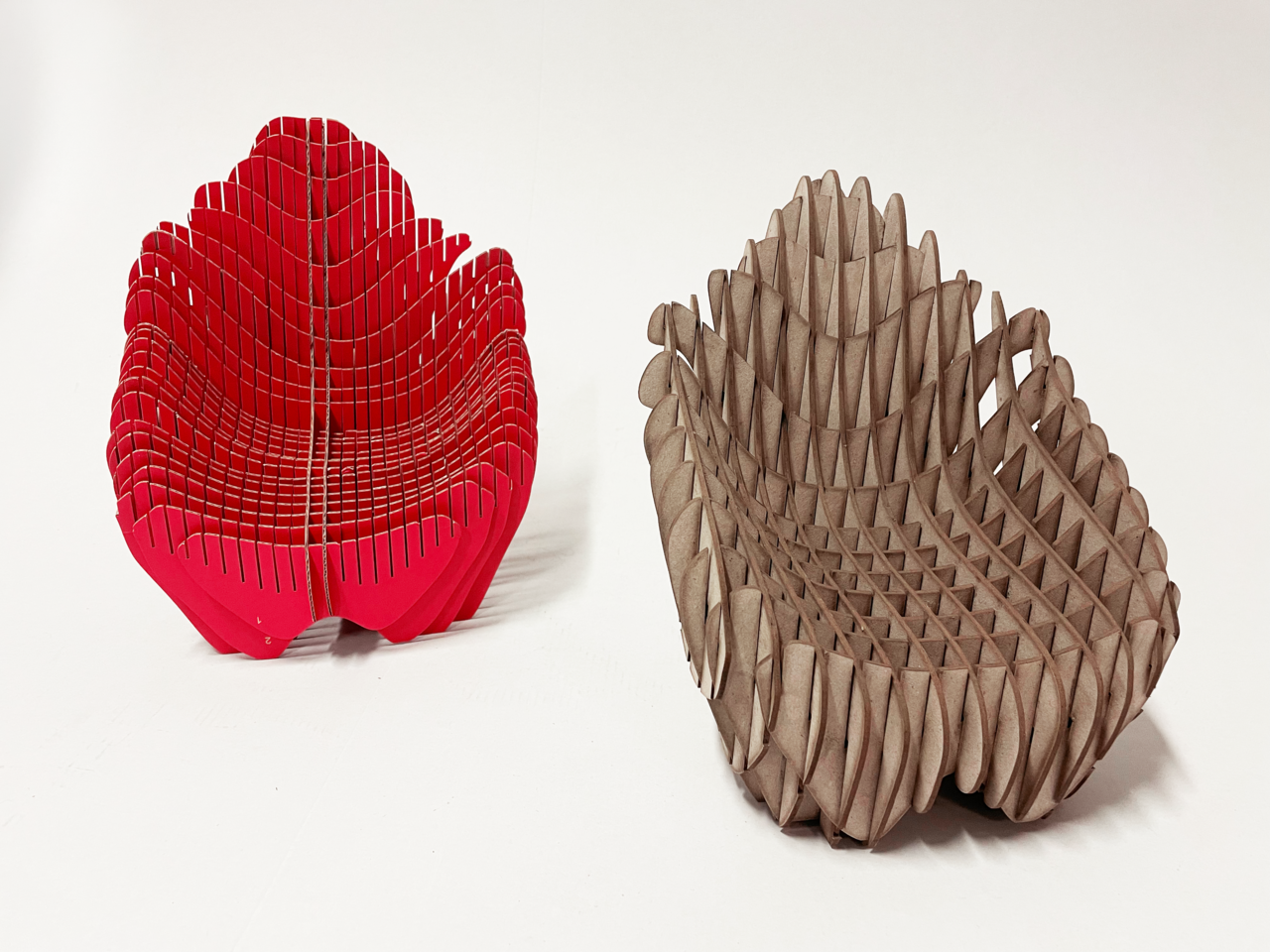 Our learnings from the first model and the laser cut:

- absolutely pay attention to the material thickness, so that the parts hold when plugged in

- the first model (red) had too many slices

- keep the number of slices smaller, so that it is easier to assemble 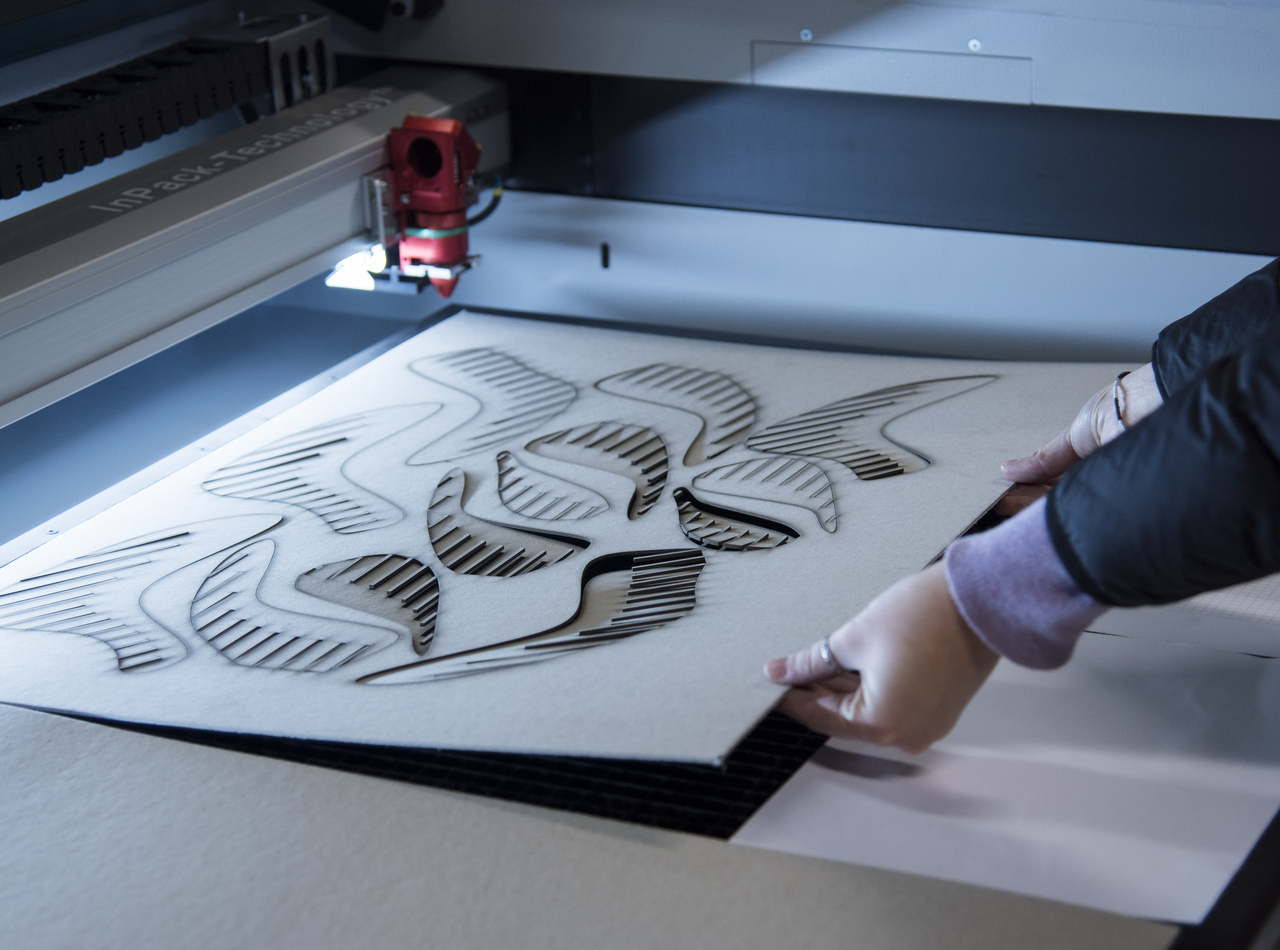 Since we initially wanted to create a product family, we developed another design in parallel with the first one. This one should make it easier for us to adapt to other pieces of furniture, as it is characterized by a simple, organic and round design language.

The design is not innovative, but should make lasering and protoyping easier. However, we could not continue with the first Grasshopper script because the honeycomb structure would stab too much into the back here and we wanted to enable a comfortable seating feeling. For this reason, the existing script had to be adapted, but we encountered numerous problems with this. Unfortunately, we spent far too long deciphering the issues on Grasshopper. Surely we could have found the solution via Rhino, but our demand for a clean and parametric Grashopper script was too high. 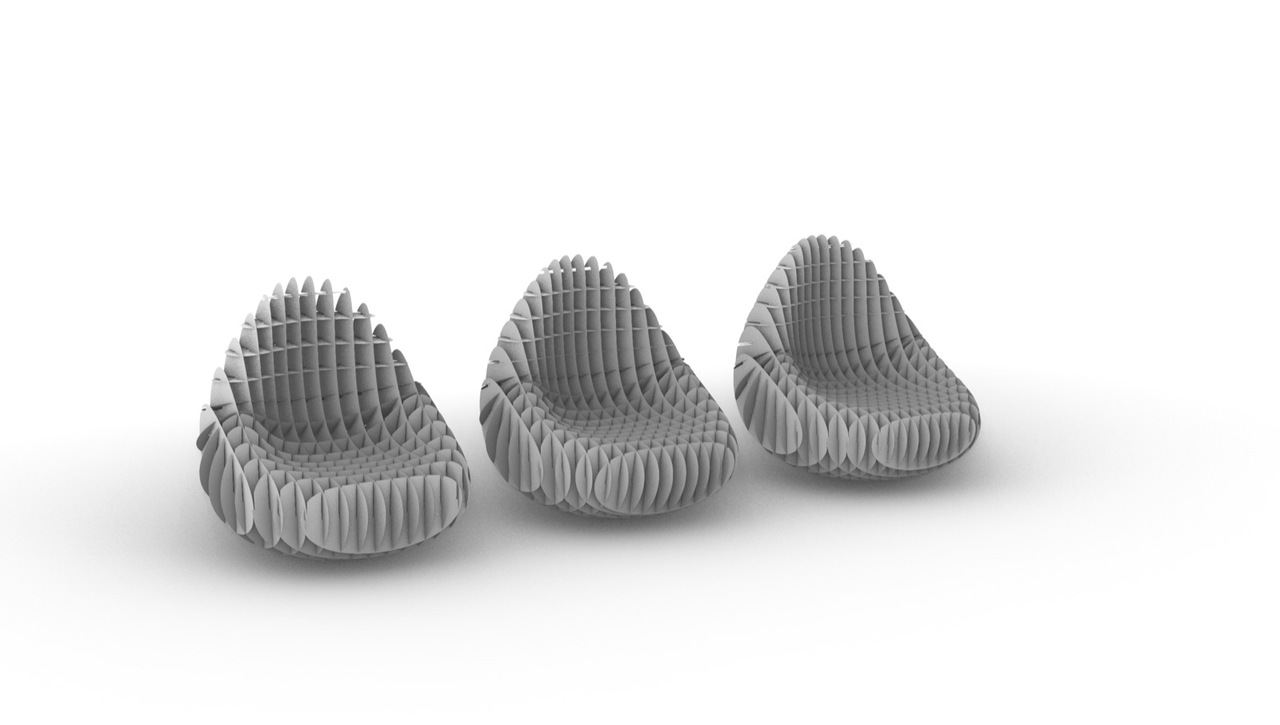 From the first attempts of the previous model, we knew that we would be working with fewer slices. The main focus now was on assembling the prototype and not so much on the design itself. We wanted a functional seat that was easy to build and, with great hope, was also comfortable. 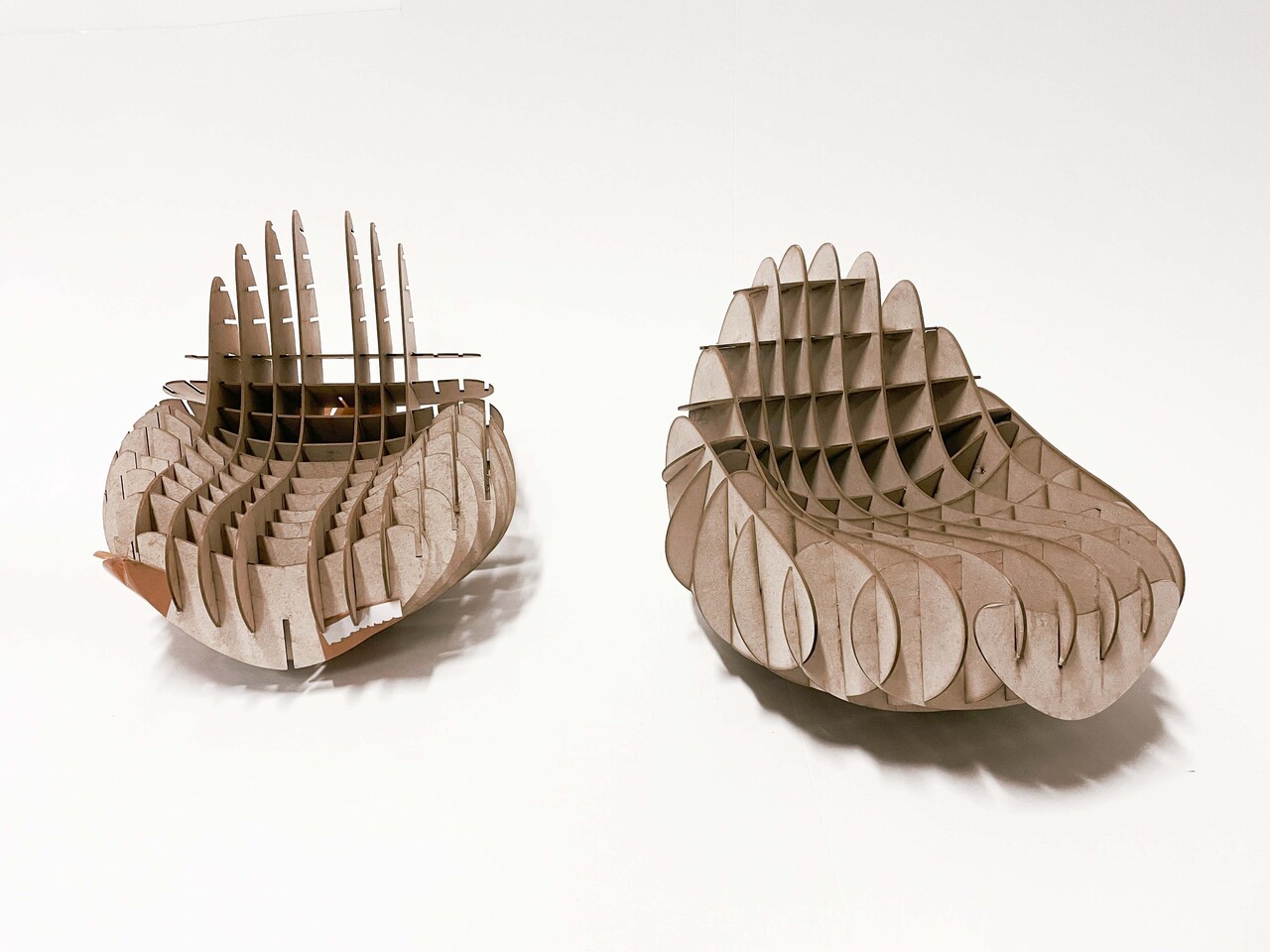 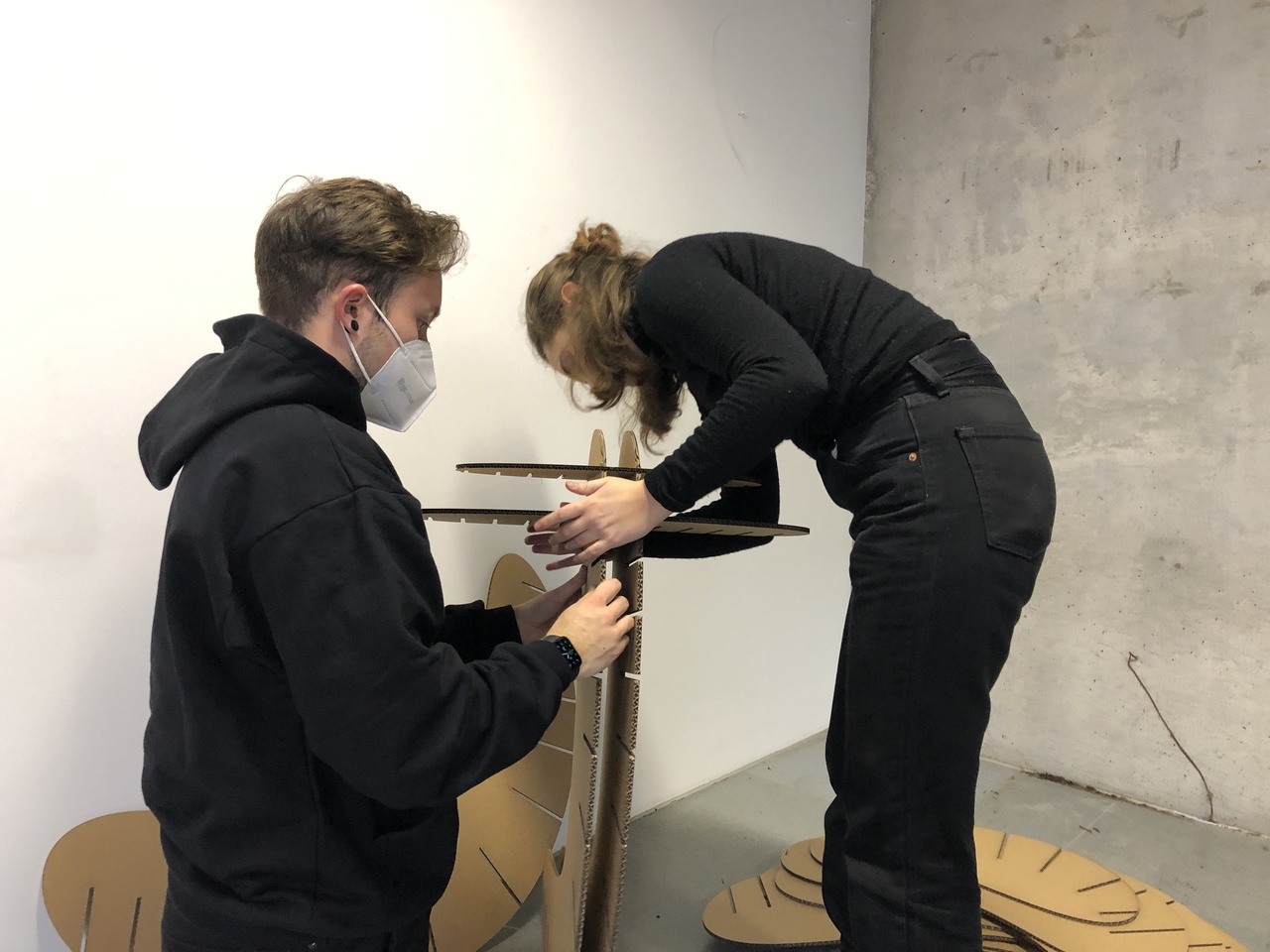 Since we had to change our design again halfway through the expert week, we were unfortunately very behind in the process. Due to the numerous changes in the file, we could only create a few prototypes of the second design. However, after we were able to apply our learnings from the previous mistakes, we were again quite fast in producing the 1:5 model, which was quickly followed by the 1:1 model. Fortunately, we were able to laser the model for delivery on very short notice on the deadline day. Unfortunately, we noticed during the build that the spacing of the material thickness was too small. For this reason, we had to increase the y-plane again from 6.2mm to 6.6mm with an actual thickness of 6.1mm. We were initially concerned that this spacing would now be too large and the parts could fall out. But because of the curve shape in the parametric design, this distance was actually the better one for the model, as it was easier (though still quite heavy) to assemble. 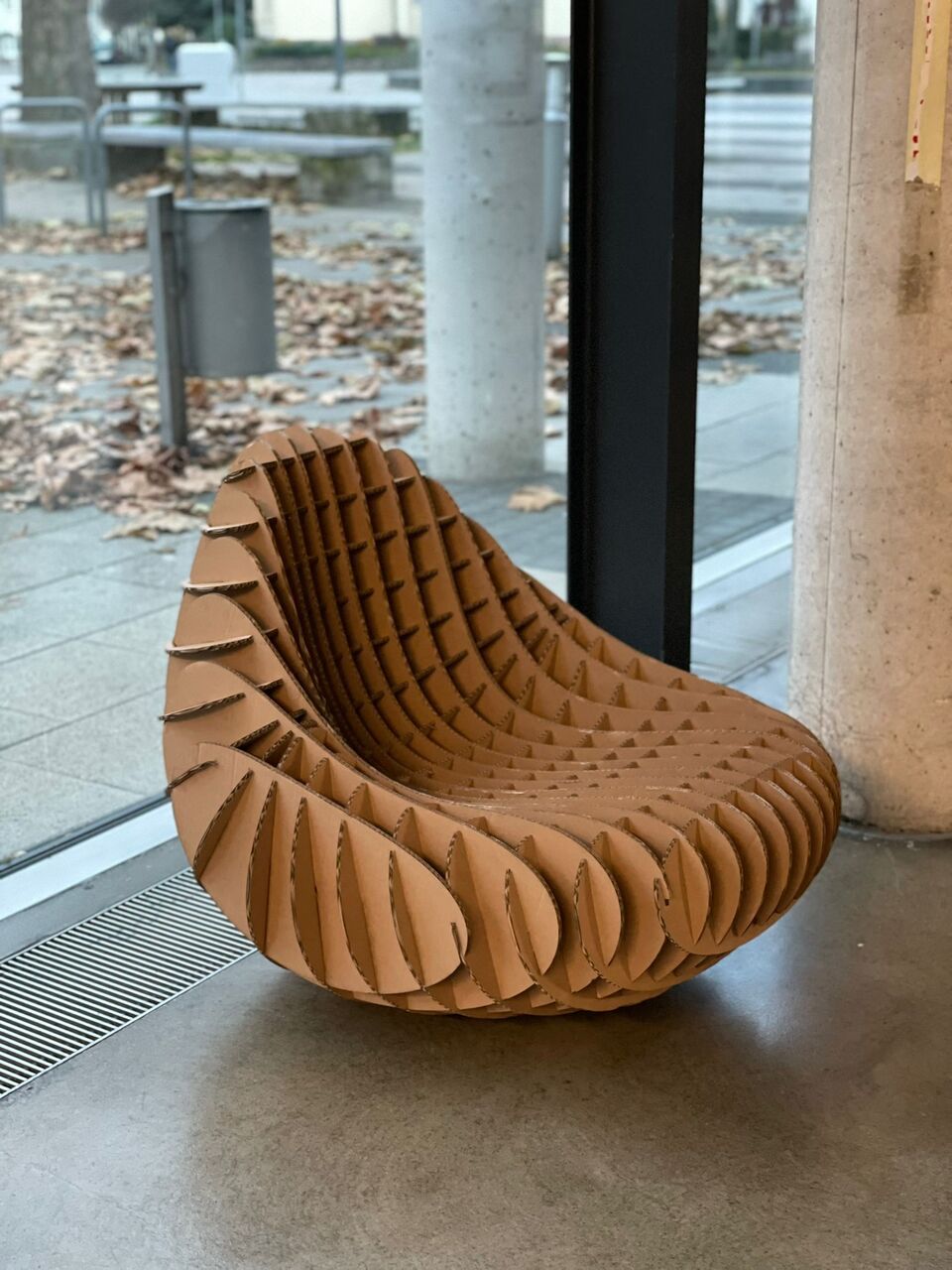 Just in time for the presentation (to be honest right at the beginning of the presentation) we finally finished the last piece and could hardly believe our luck that we actually managed to complete our delivery.

The Expertise Week was one of the most intense, nerve-wracking and at the same time thrilling weeks. We were able to learn numerous lessons from this short period.

- For example, that it is sometimes worthwhile to go straight into prototyping before overthinking a design. Seeing the model in front of us and also testing it out gives a great insight into whether it actually works or only in the 3D model.

- Time was too short to change the design several times, which we unfortunately did. As a result, we lost precious time to laser and test.

For following up on the model, we found that it didn't have the right wobbling effect that we wanted. You can wobble in it, but not as easily as we initially hoped. It also sways sideways in addition due to the honeycomb structure. The backrests are too narrow, which makes it difficult for taller people to sit comfortably because it makes the backrests smaller, etc. 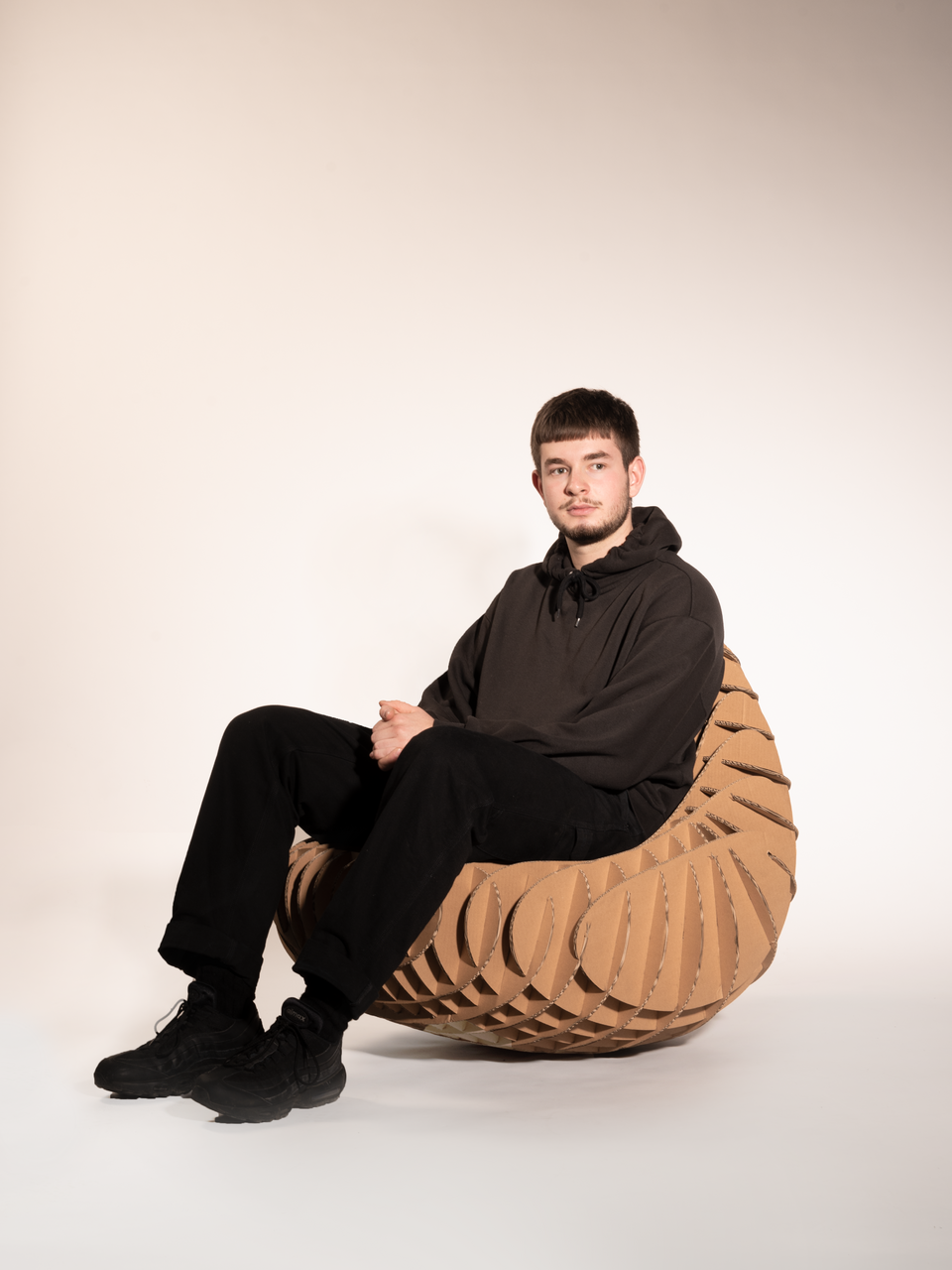