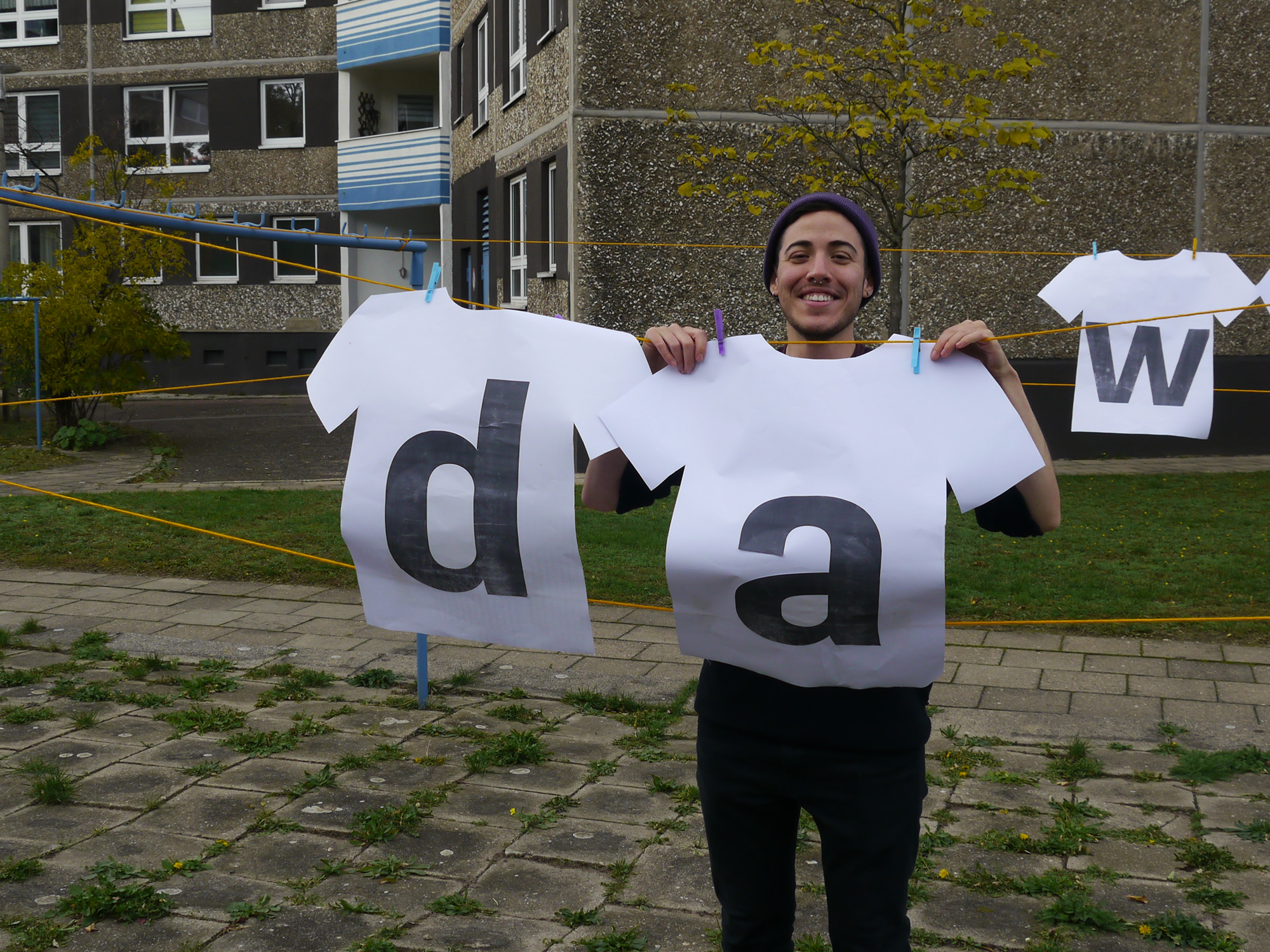 15 students from the international and consecutive master’s of the department of design of the Anhalt University strolled the Dessau city center with their new background knowledge in search of their own personal paradise. Their different discoveries and insights gave impulses for the project ideas of the four teams: „Palais Branconi“, „Was wäre wenn?“, „Is‘ da wer?“ and „from“.

In addition to project work, the students cooked freshly for each other every day in a changing kitchen service. Each meal never has more than 2 euros per person cost. The originality of the dessert turned into a competition in which each team tried to excel a little more every day. 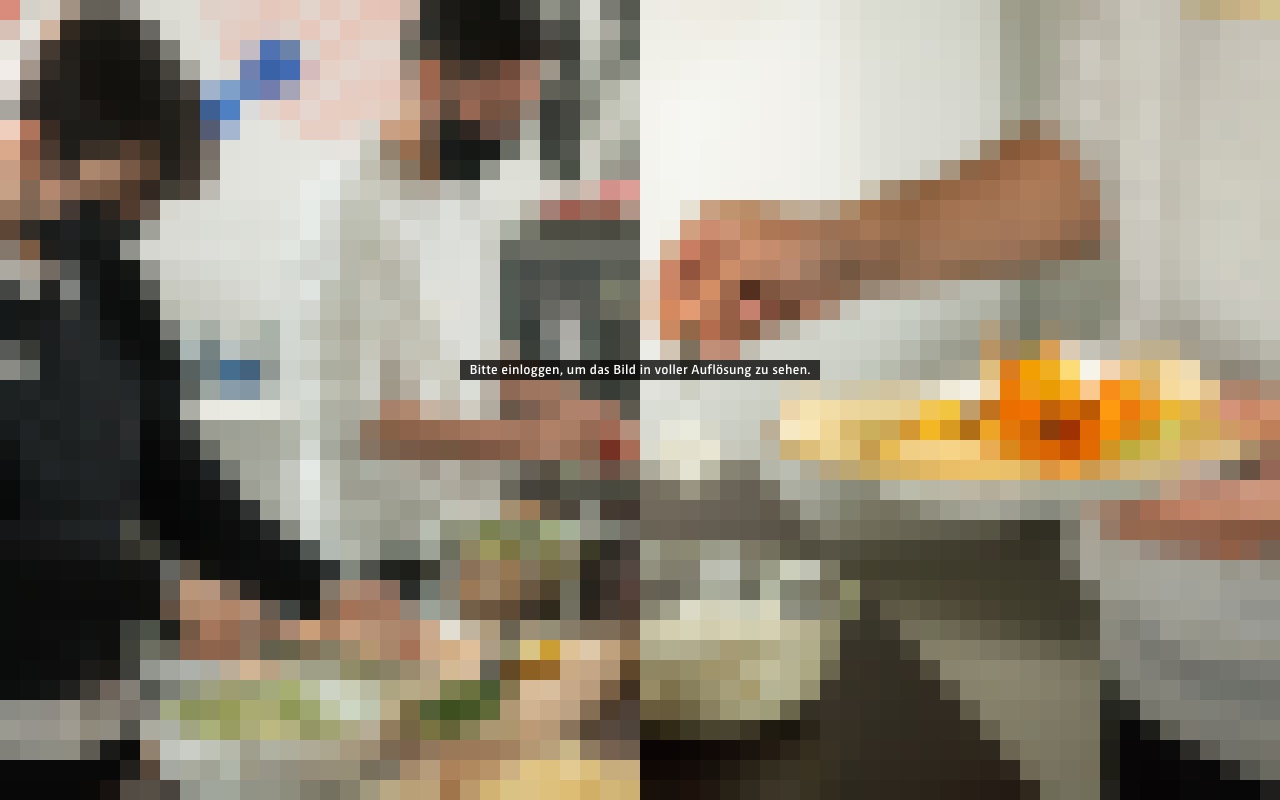 Planned as an intervention, „Is’ da wer?“ transformed in the middle of the implementation to a life performance. As a matter of course, the team hung up posters in the form of clothes with their project slogan on one of the empty laundry areas in front of the Y-houses and thus unexpectedly got into conversation with the residents. „Actually, just like it used to be in the past“: explained the team. 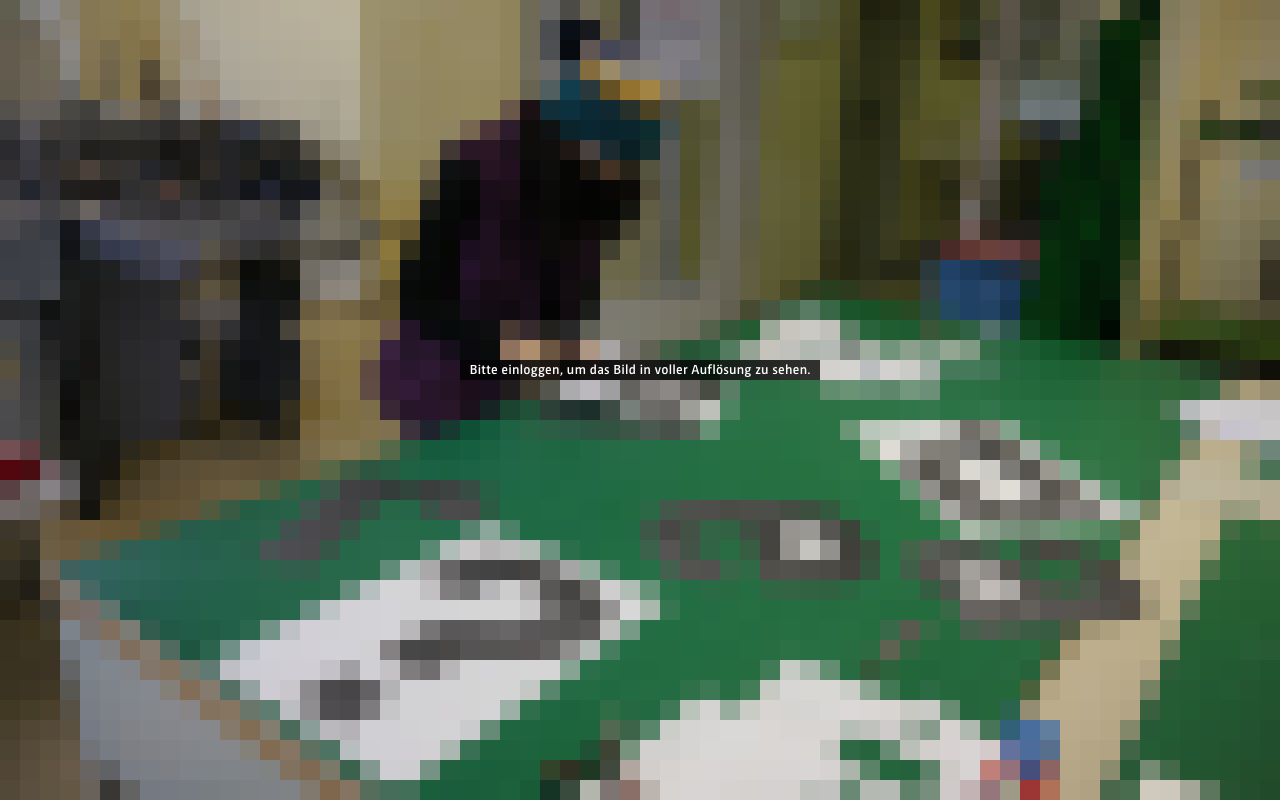 „Palais Bronconi“ is a last hint of the glorious times of the now ruinous „Kristallpalast“ on Zerbster Strasse in the former royal seat of Dessau. The mural shows the prototype of the students, who could not be stopped in their urge to implement their project. The students chose the hallway on the ground floor of the „VorOrt-Haus“ as the implementation location, which is ideally suited for the installation of prototypes. 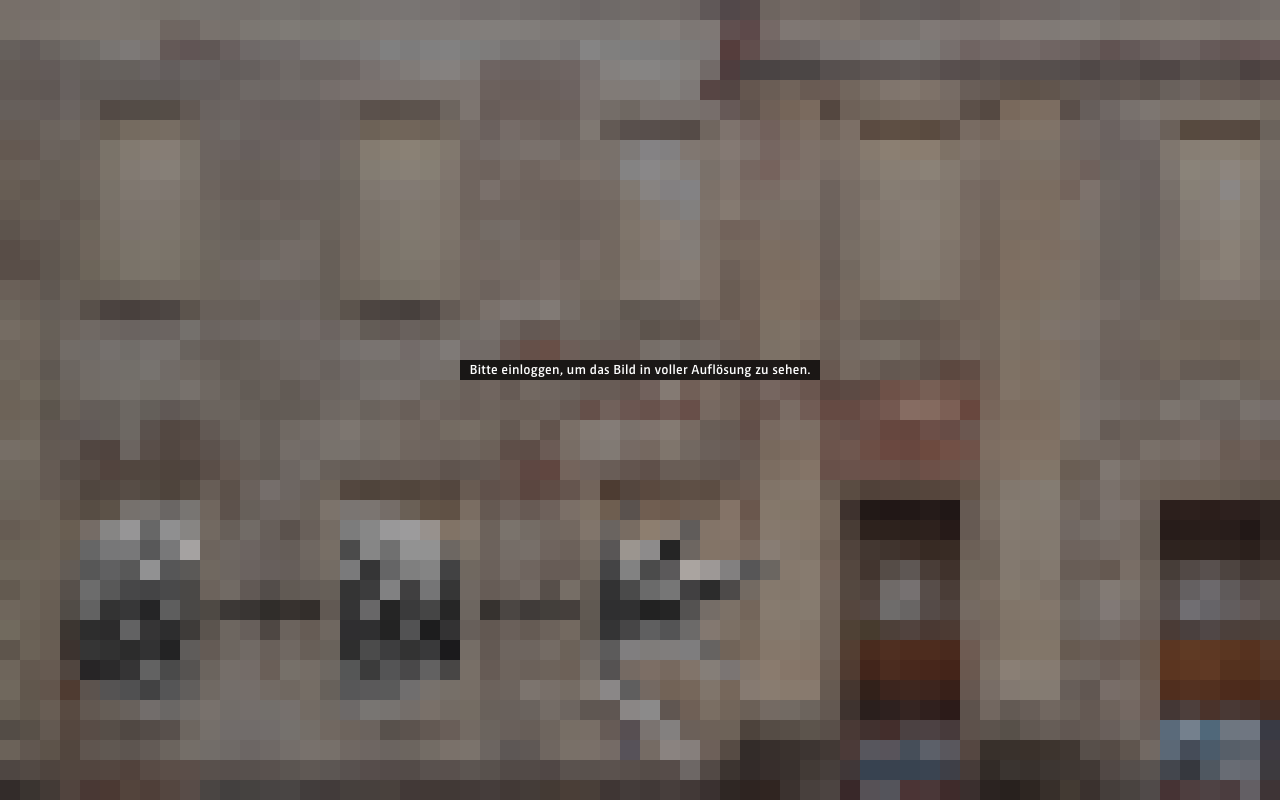 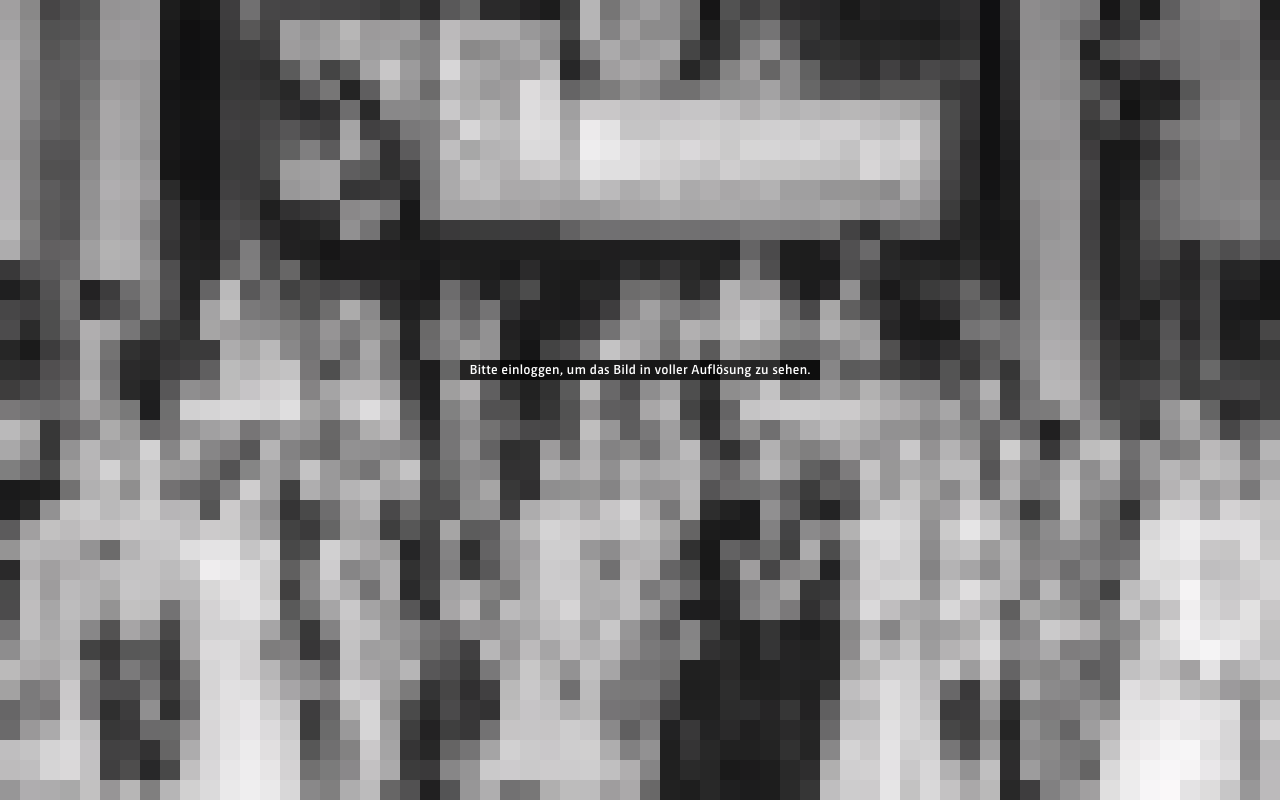 The video experiment „Was wäre wenn?“ Plays with scenes from the vacancy in Dessau and sound recordings of the exotic sound of the sea or the hustle and bustle of a crowded city center for example. That images and sound allow new ideas is surprising, the new perception is visionary. 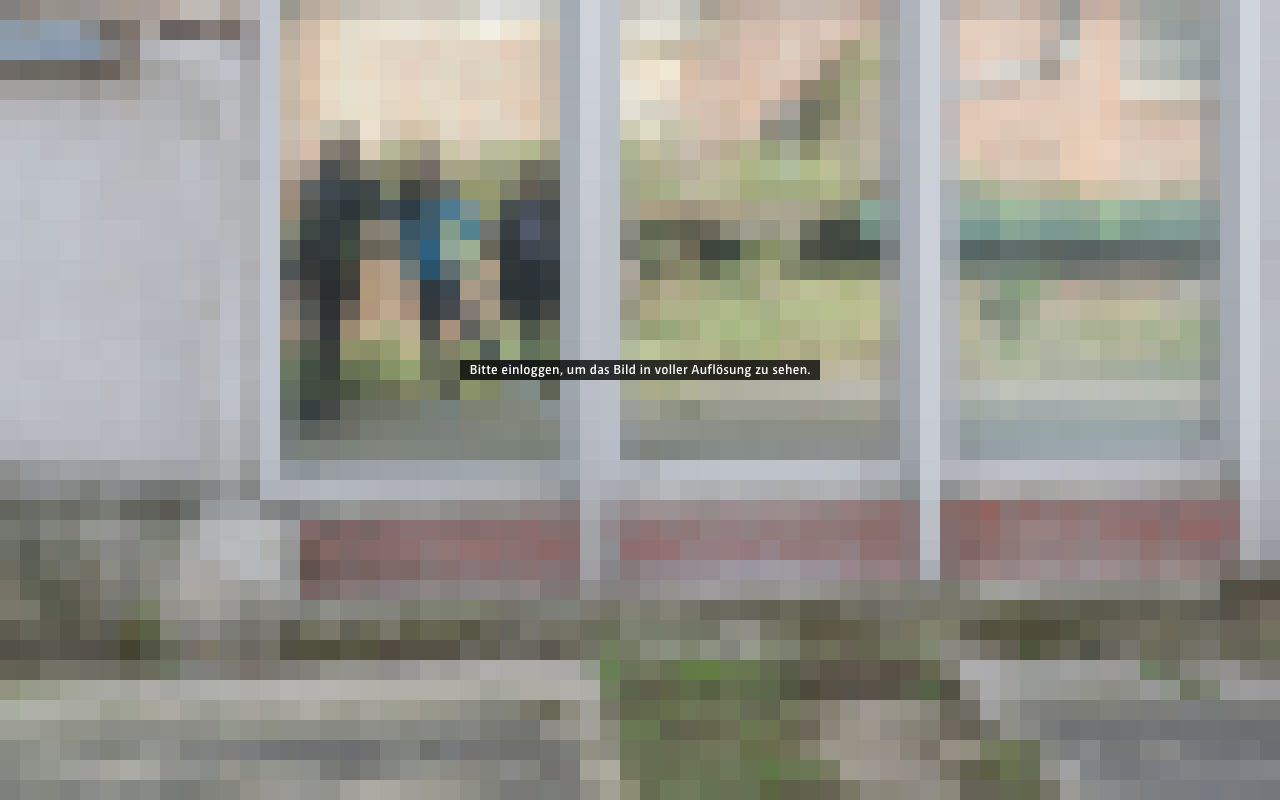 When you come to Dessau from the paradisiacal South America in the winter semester, it can be quite sobering, especially if you then walk through the city and explicitly have to look for paradise. The idea is „from“ brings paradise with changing international cooking and themed events to Dessau, in the VorOrt-Haus. You can recognize the events by the dynamic corporate design principle. The colors and surfaces of all flags in the world are woven into a new international code - “because we are one”. 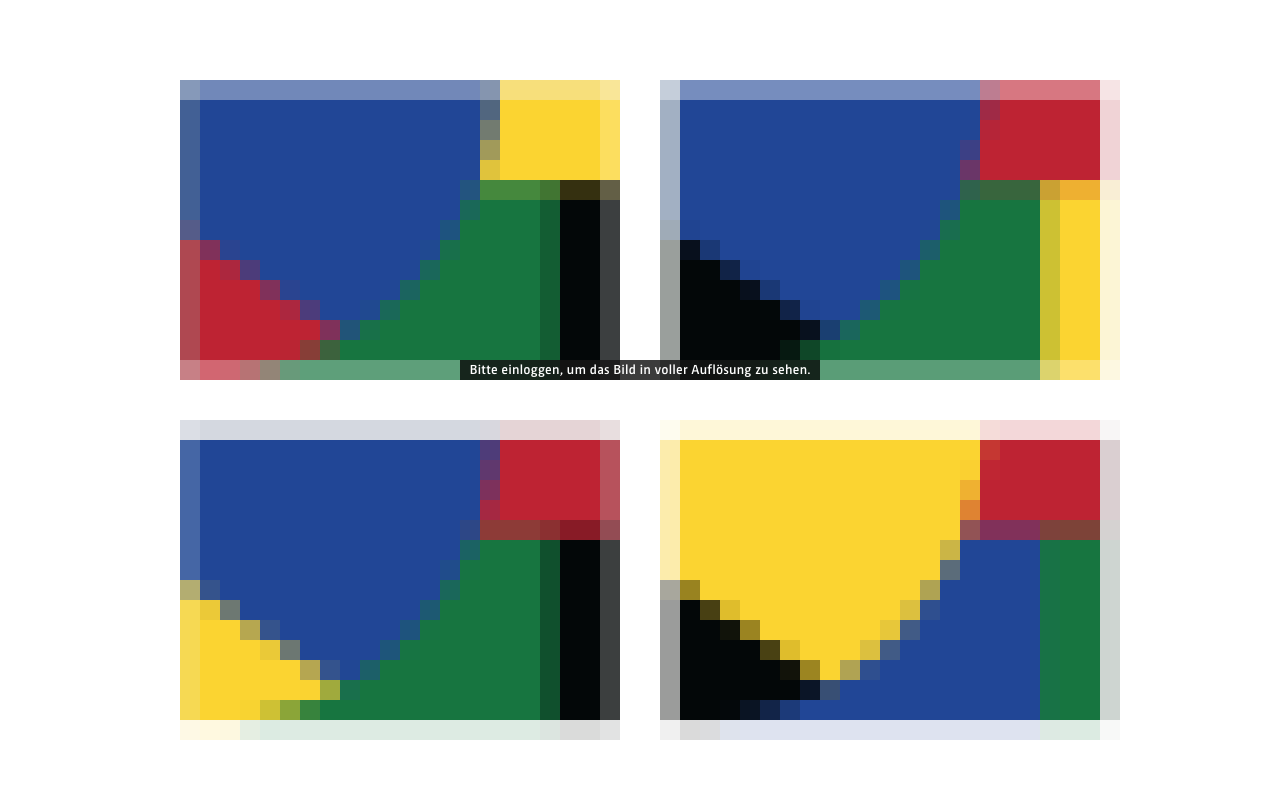 Things i have learned in my life so far: https://www.youtube.com/watch?v=IvK-IDFNrHU