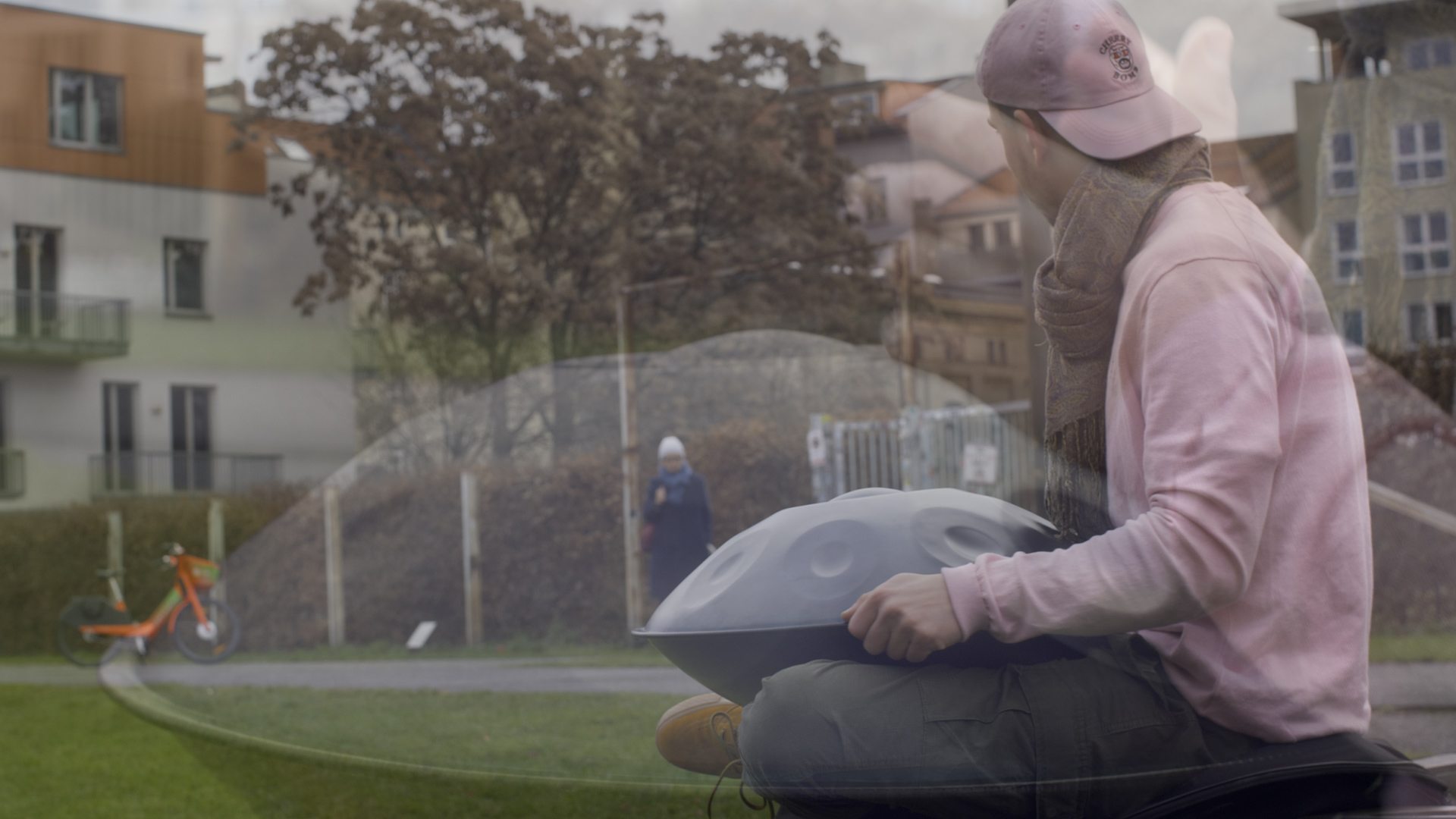 In this Voiceover project my friend Fergusol and me tell you something about what music means to us.

When the task for this years GP was presented, I immediately knew that I want it to be about the music project me and a good friend started in summer. We went out into the many beautiful places Berlin has to offer and shared out music with the general public. The idea then was to capture the best moments, as well as to stage a few and to each of us tell a story about what strucks us about music.

My main camera was the Panasonic GH5 and the main lens a Manual vintage AGFA 50mm f1.4 lens to get a shallow depth of field. This got mounted to a Canon EF to MFT speedbooster to get another additional stop of light. We also used a 14mm f3.5 wide angle lens for some of the narrower shots.

The B Cam was a DJI action cam, but none of the images made it into the final video due to the outerworldy difference in quality from the both cameras.

The main audio recording device was a ZOOM M5.

It all started out with us casually recording a few of our sessions. A few drafts were edited and shown to my collegues and advisor. The problem about it became quite evident, that the clips needed more preperation. It was quite random what we recorded without general reocurring themes. That was quite recognizable. So we planned out where and how our shots should look like to then be a bit more mindfull about it. This worked quite well and a few good moments were able to be collected throughout.

Next up was the storyline. The overall voiceover for my firend Fergusol was finished as one of the first things we did. We both have a background in writing essays and songs along the line so this was quite an easy process to go through and we did not need more than a few takes to have the right audio file.

It took me quite some time (almost the whole semester) to finish the first part of the video - the one about Fergusol, because of the many inbalances the videos had and the loads of feedback. It was quite a painfull process to go to Berlin, where we shot everything and back to Dessau where I live. I had to do that over and over and over again due to the many problems that rose up in the process. An adventure for sure!

When the Clip for Fergusol was done, it was time to shoot mine. This was quite complicated as well on its own becuase my friend is not at all experienced with operating a camera system. The fact that we mainly used a manual Lens did not make it easier either. So I had to explain a lot, delete a lot and think out of the box a lot. After all I was in front of the camera and sort of behind it as well. Definetely a good first experience as a director. Luckily my friend is a fast learner and intelligent guy so this worked out as fast as needed. We also got into quite a flow at this point so this period was very fun as well as challenging. We in addition recorded a whole song with different camera angles and voices, but this did not make it into the final video because the style was fundamentally different and more „pop-ish“ than the overall meditative atmosphere in the rest of the video. So this got cancelled.

What really challenged me was editing WHILE shooting. That is something I never did before. Usually I filmed everything in one go, during one trip and then edit the whole material. This time It was more of a interactive process that made me rethink how to prepare everything. In the end it got tight with editing my part and mastering all the little details in transitions and rythmy, color grading and so on. The Audio  Here as usual I tryed to stay as true to reality as possible. I favor a natural looking immage so all I basically did was correcting what the camera software messed up.

For sure my most ambitious project jet, even if it does maybe not seem like it in the end, a lot was poored into making it happen.